An exhibition tour that visited 5 cities illustrated the life of this renown fashion designer and his partner as art collectors. More than 900 works from silver to outstanding Impressionist art, were promoted through an ambitious marketing campaign to culminate with a landmark auction week at the Grand Palais in Paris.

An exhibition tour that traveled to London, New York and Brussels with a final landmark opening in Paris, illustrated the life of this renowned couturier and his partner Pierre Bergé as art collectors. 733 works that encompassed Antiquities, Old Master, Asian and Impressionist Art, as well as furniture, ceramics, silver and sculpture, were promoted through an ambitious marketing campaign that culminated with three days of auction at the Grand Palais, one of the major exhibition halls in Paris. The London exhibition looked to introduce the collection through key pieces that would speak of the wide ranging and discerning taste of the fashion designer and his partner, while considering the limited space available in the site chosen. Multiple artworks were set in a play of scale creating clusters and center pieces that would entice a circular flow of visitors to ease their experience.Focal points were implemented through background imagery evocative of the original context of the works: Yves Saint Laurent and Pierre Bergé’s homes in Rue Babylone and Rue Bonaparte in Paris. Small works were exulted by encasing them within columns with centered and vibrant color sections, as well as focused lighting. The leading feature, a black and white portrait of Yves Saint Laurent, was envisioned to serve at once as an introductory wall and bounding element to the entire exhibition space. This portrait, designed as a suggestive translucent surface, became visible from all angles inside the exhibition hall. Acquired throughout 50 years, this collection achieved a total of 373,935,500€ (100 million beyond its estimate), proceeds which partly went to fund the Pierre Bergé – Yves Saint Laurent Foundation, the institution responsible for the opening of the Yves Saint Laurent museum in Paris and Marrakech in October 2017. Other proceeds went to fund AIDS research. Considered a cultural paragon, the YSL Collection exhibitions were visited by over 30,000 people and remarkably memorialized in the film L’Amour Fou. 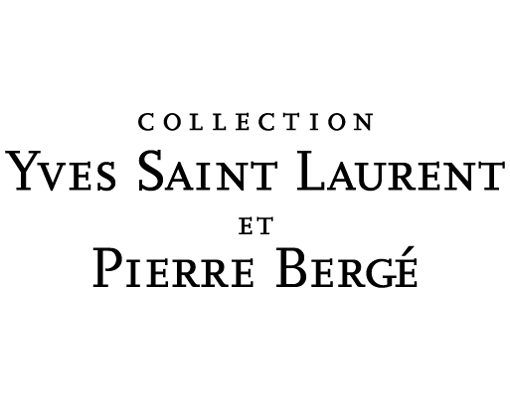 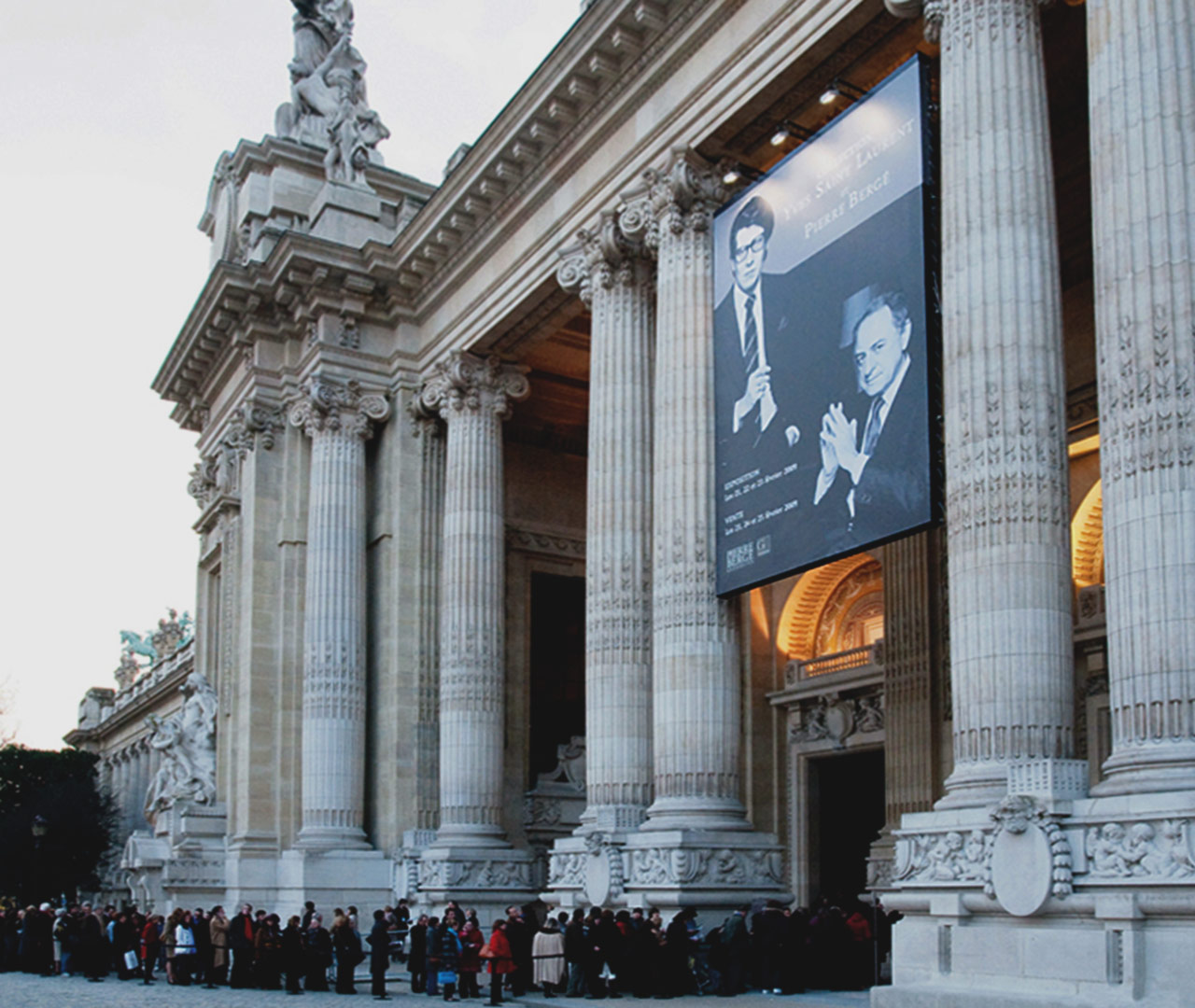 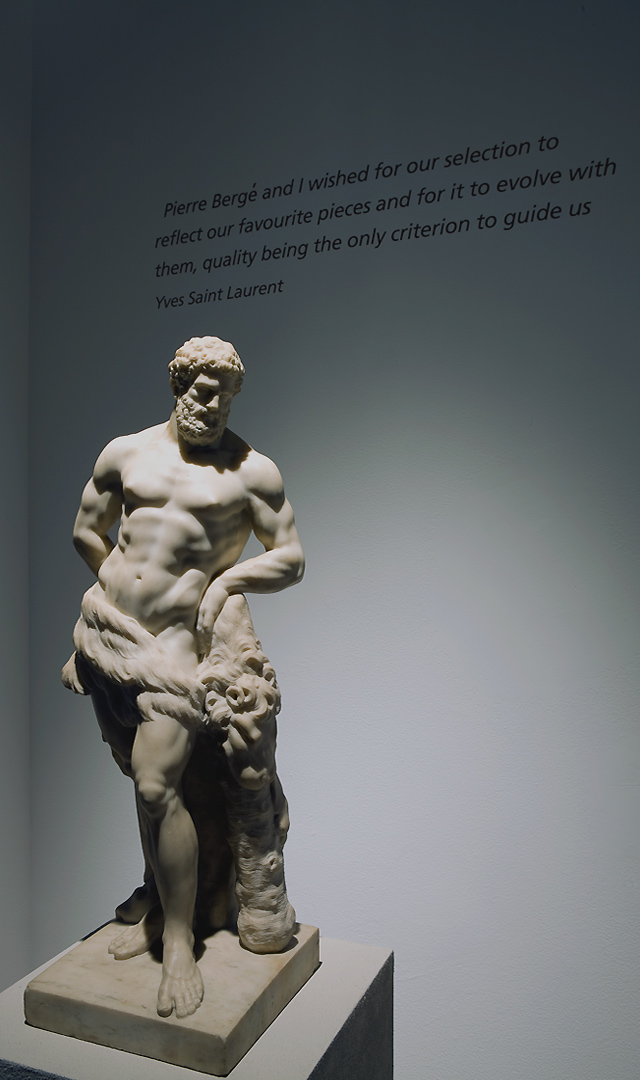 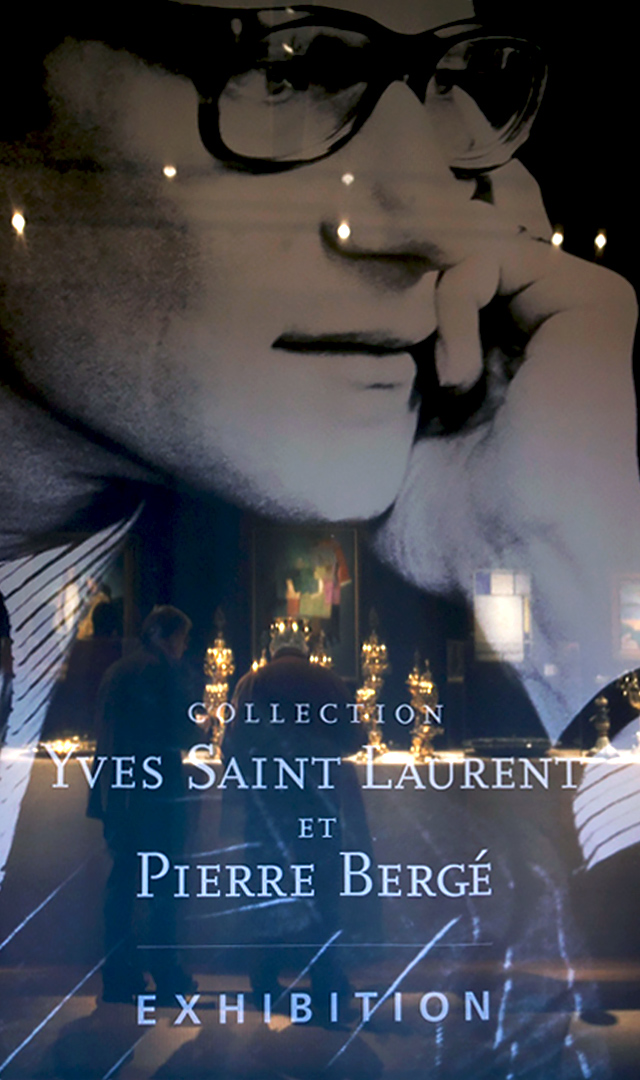 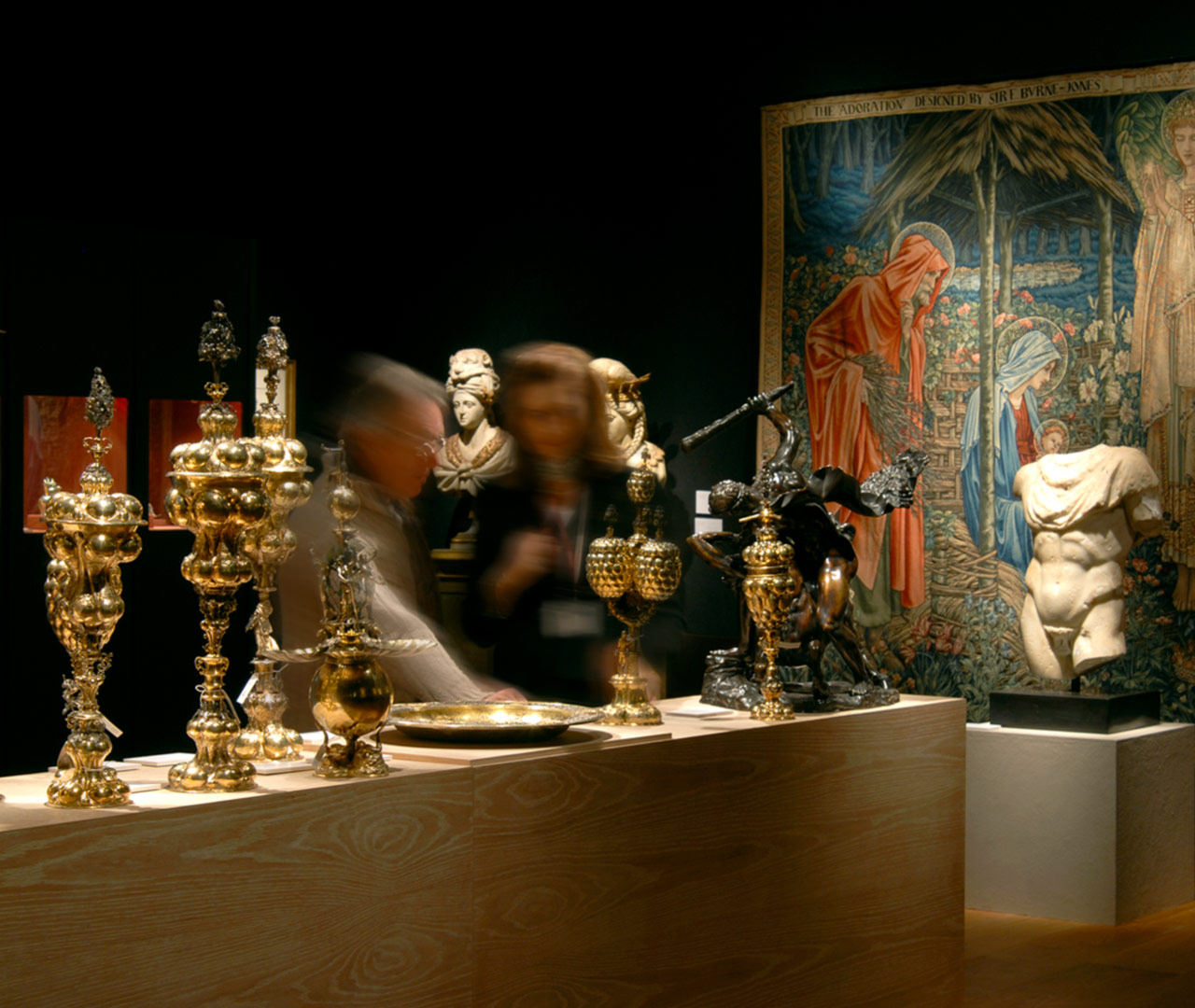 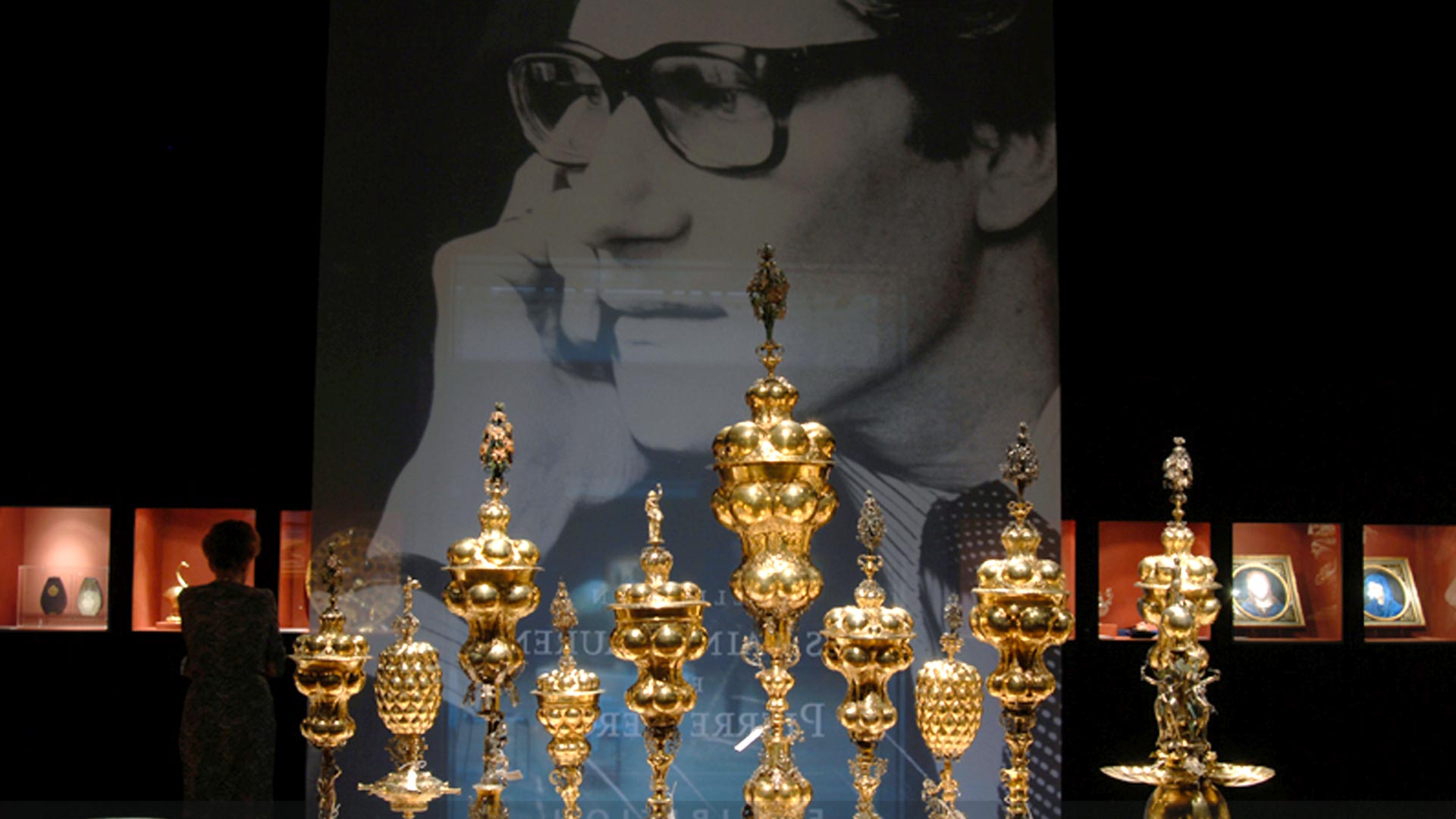