KSFA, a new gallery launched at the European Art Fair in Maastricht (The Netherlands), was a project encompassing from identity to architectural and lighting design of their space at the fair. The goal was to highlight their contemporary approach as a competitive advantage within the traditional context of Maastricht.

KSFA, a British gallery born just a brief time before its launch at the European Art Fair in Maastricht (The Netherlands), looked to forge an identity dealing mainly with contemporary art while establishing occasional parallels with artworks from other historic periods. King Street Fine Art required the development of a branding program that would have the ability to create a clear differentiation with the multitude or galleries that take part at TEFAF, the European Art Fair, each year. Departing from a suprematist inspired square inhabited by the initials of the gallery, the identity program moved to frame further elements within a limited color palette of red, silver and uncluttered off-white backgrounds. This abstract interpretation of contemporaneity was then translated into the space designed to present the gallery at TEFAF in Maastricht.A space of 70 square meters with a single front, and embedded within the Old Master section of the fair, called for a design that would establish a clear difference with these traditional settings, which would also help to expand the limited open front into numerous vantage points. Two major asymmetrical curves were defined at the center of the space to embrace the flow of visitors from any direction. These inviting structures, complemented by 2 diagonal walls, served to semi-enclose the space and create several moments of discovery for visitors at the KSFA booth. Curves, diagonals and asymmetry were the formal lexicon used to convey the contemporary approach, emphasized by the use of concrete paneled walls, and softened by the ethereal lighting that emerged from the elevated wooden floor designed for the space. The statement made through architecture, material and lighting design, became a grand opening statement within the overall environment of TEFAF. As a whole, it successfully fulfilled the objectives of the brief at hand. 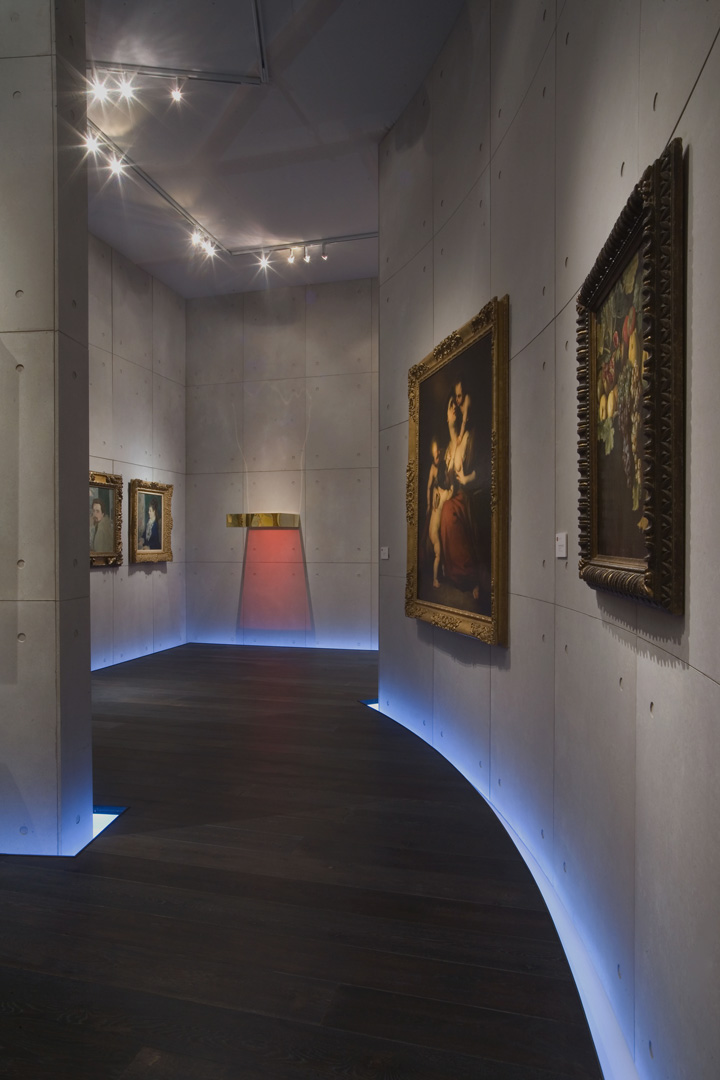 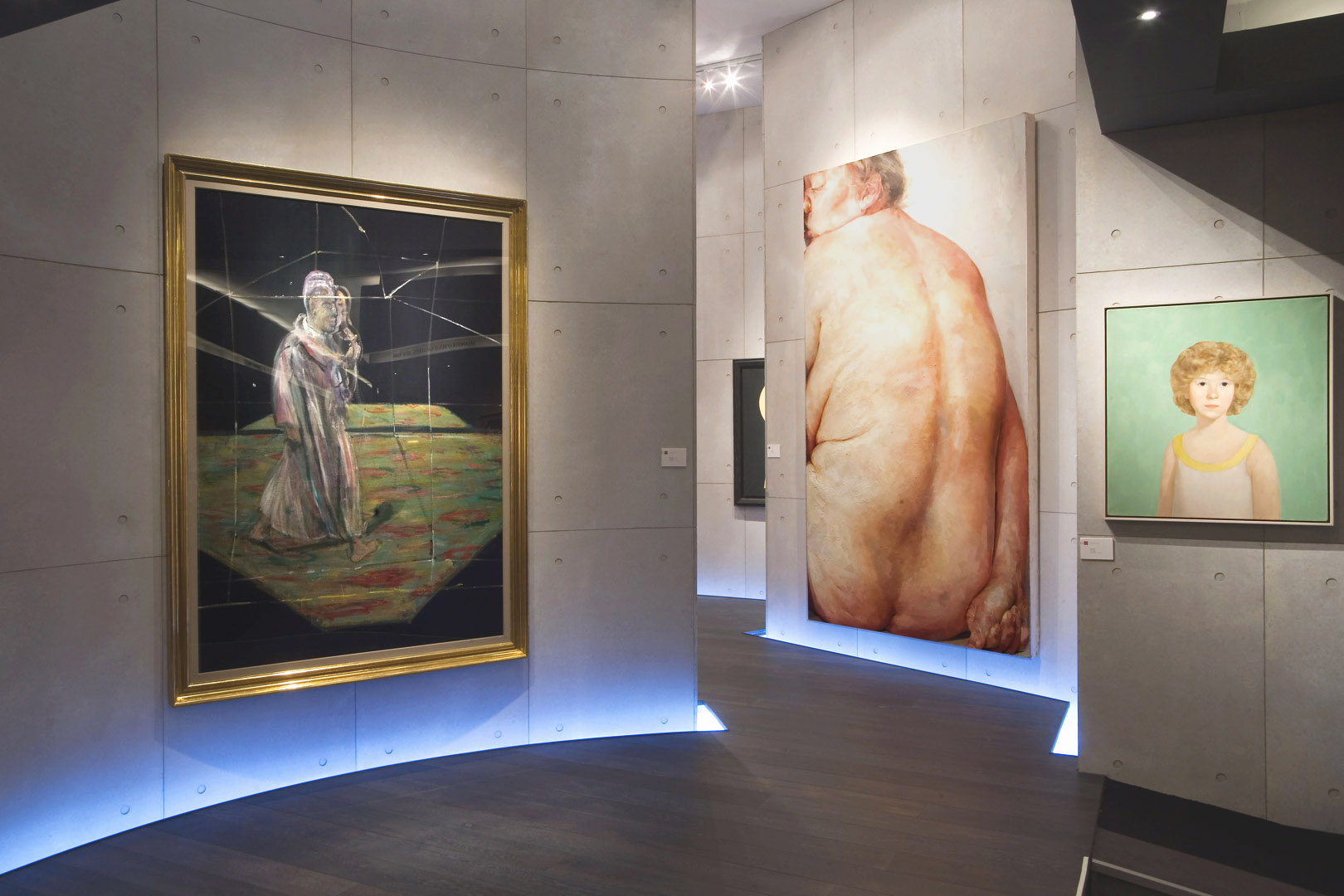 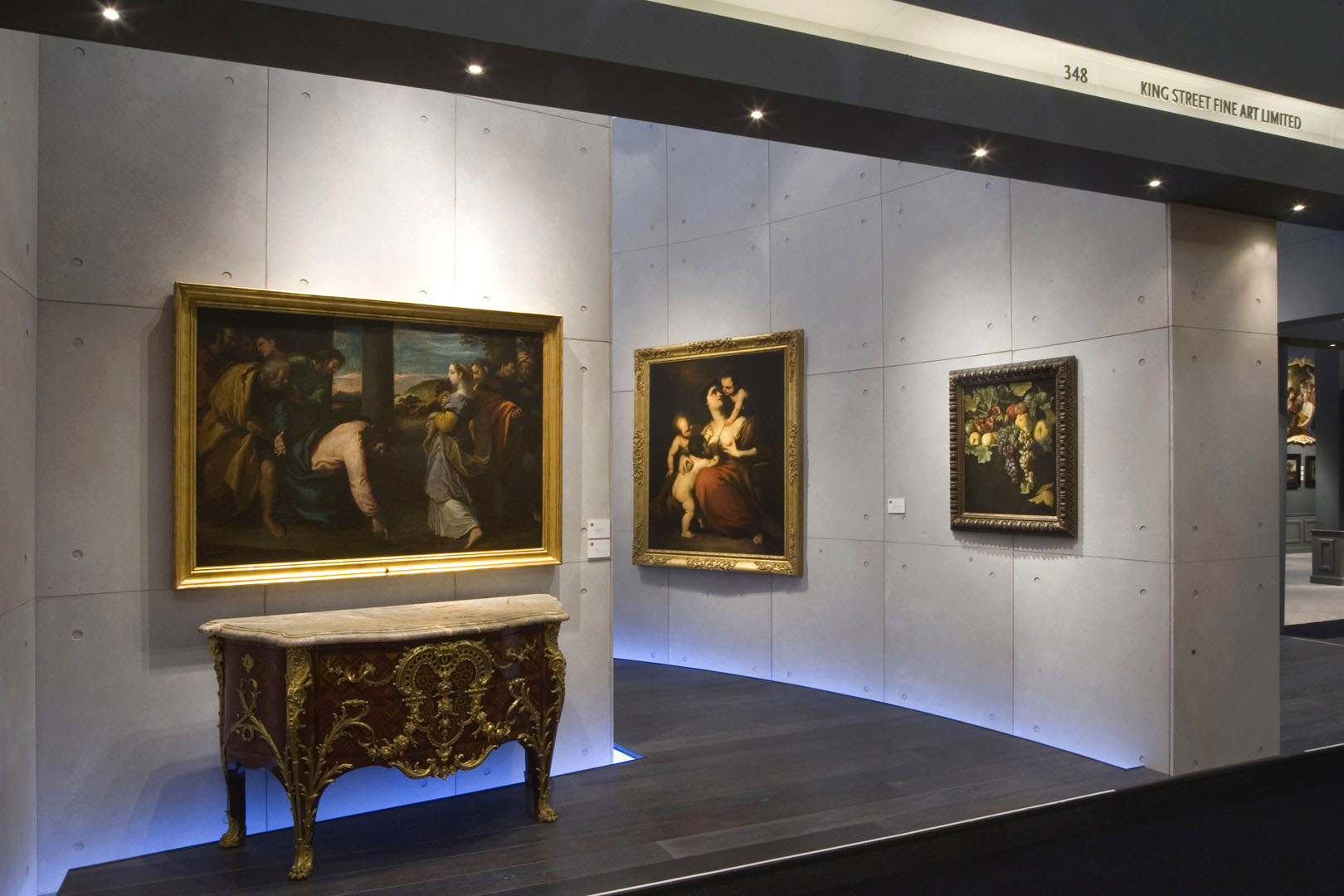 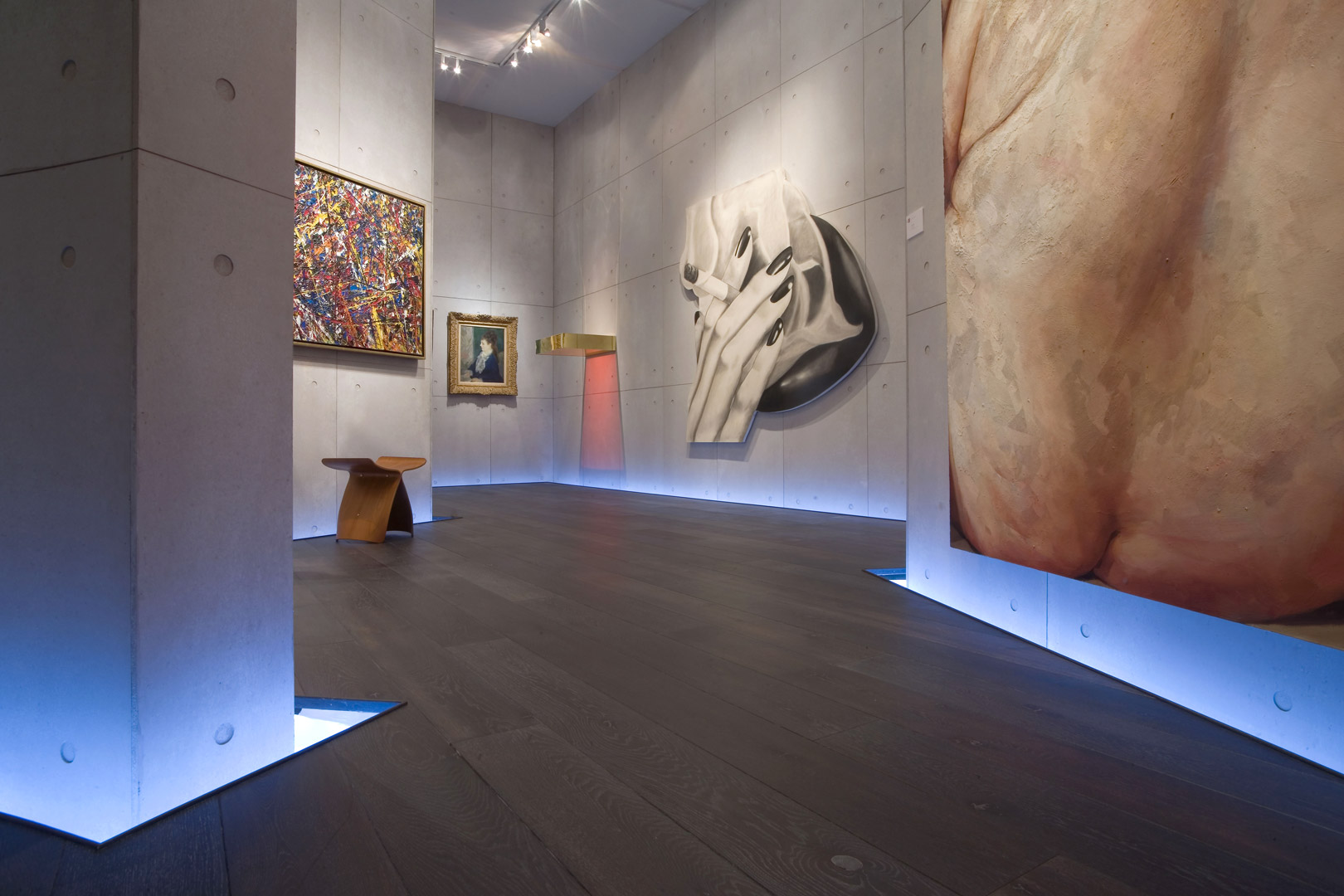 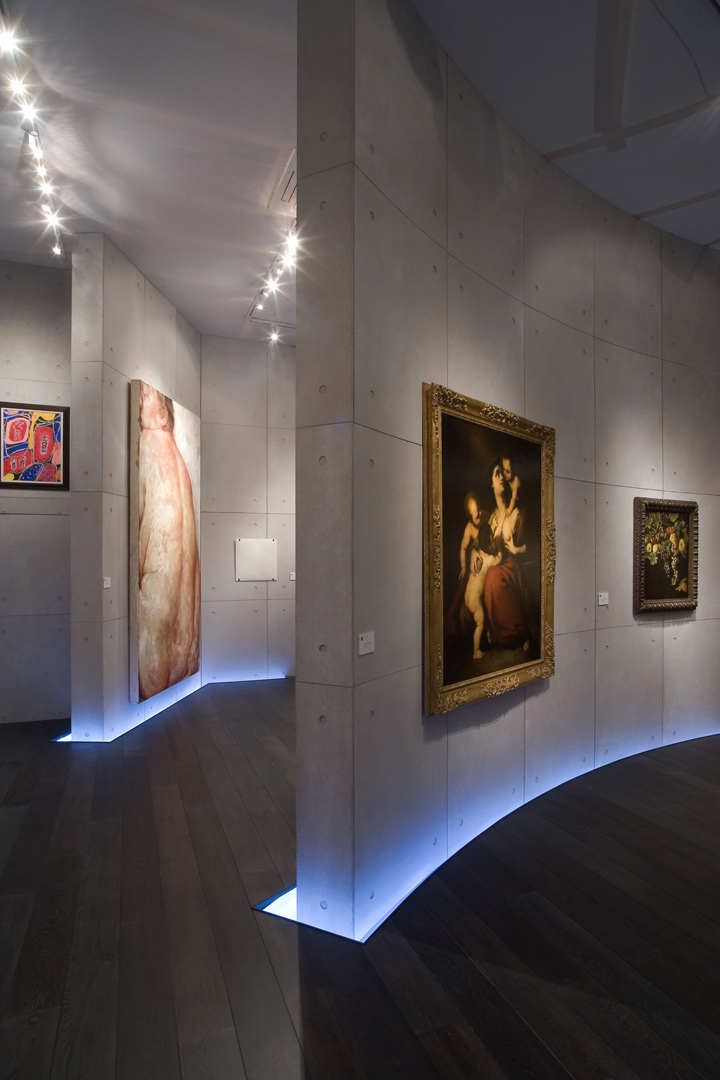 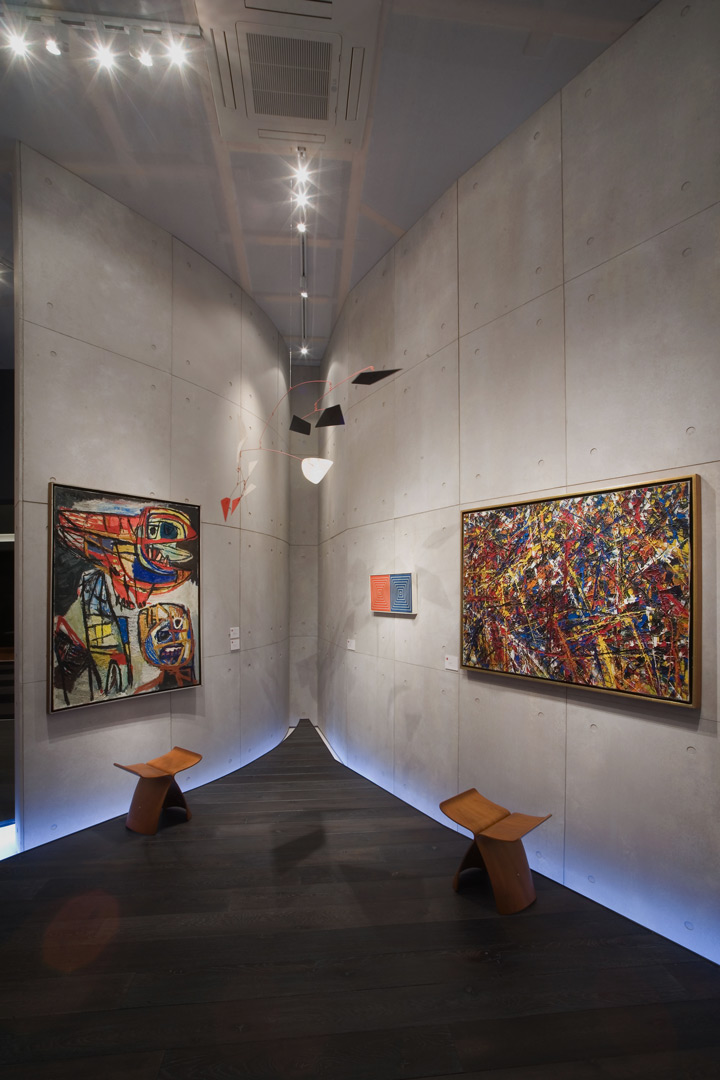 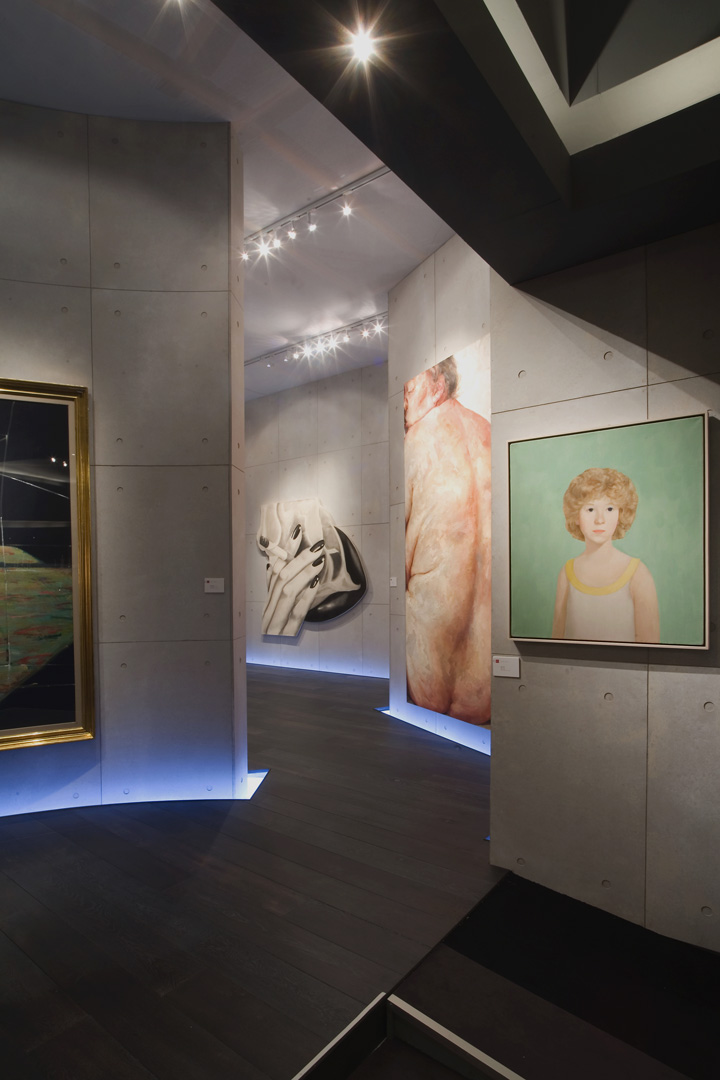 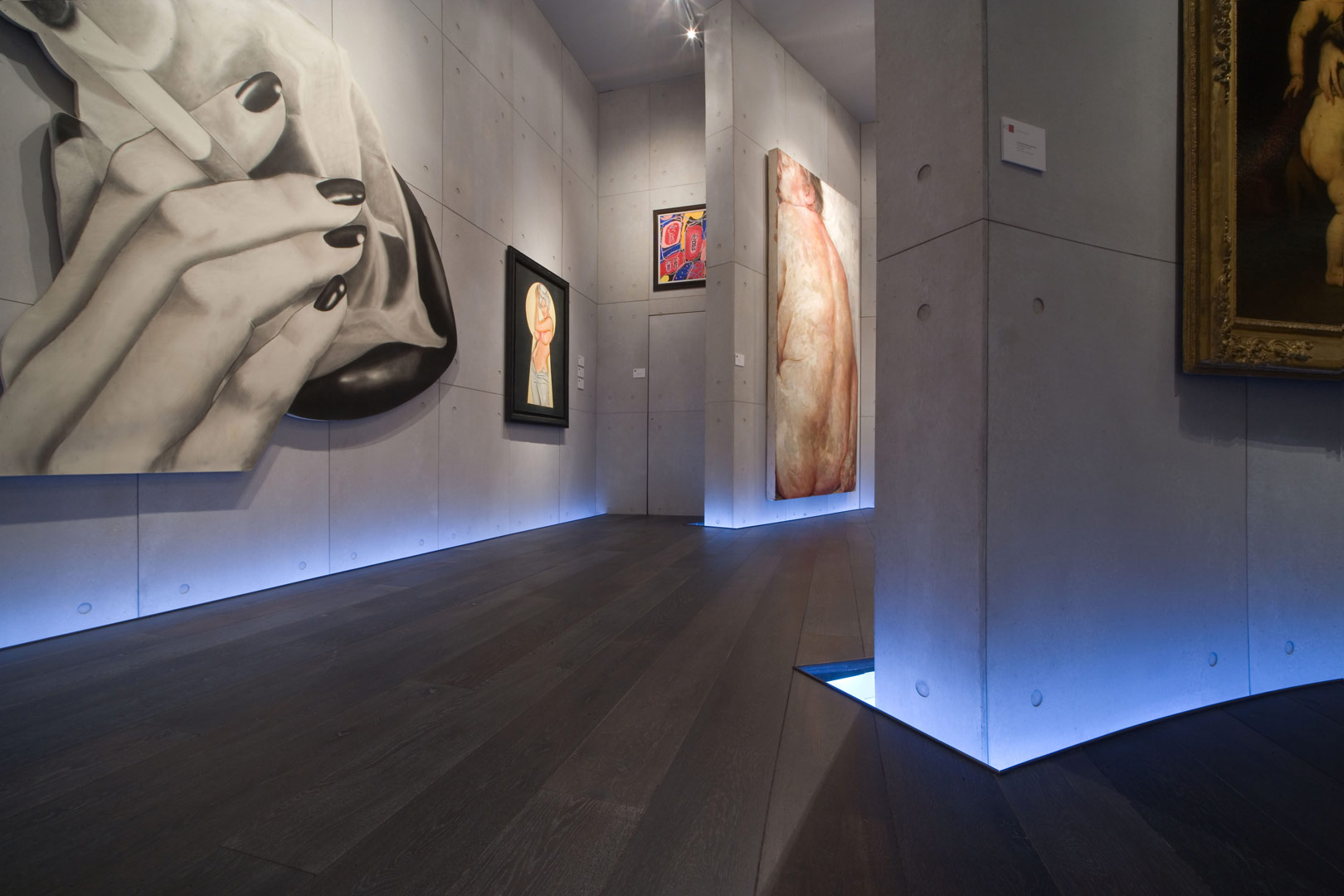