This integrated live and online auction was promoted through a campaign that focused on iconic Bond moments. Playing on the concept of cinematic time, translucent panels of the James Bond actors were juxtaposed to become a metaphorical timeline and a centre piece of the exhibition.

50 years of James Bond, an exhibition and series of events planned to celebrate the 50th anniversary of the release of Dr. No, were presented by EON Productions, the film company responsible for the James Bond series. Making the James Bond archives available to collectors, 50 years of James Bond attracted over 1000 visitors during each of the 8 exhibition days. The space, designed around the concept of cinematic time, presented a series of large translucent panels with the James Bond leading actors in an iconic pose. These layered portraits marked the axis of the exhibition space, and became a visual timeline where chronology and storytelling unfolded, based on the actors that represented Ian Fleming’s character. Each of the center panels served as anchor point for lateral displays, where quotes and excerpts from the books helped to introduce the objects that belonged to each film. The identity and editorial components of this project took Avant Garde as the typeface of reference, which helped to frame the sleek spirit of the James Bond movies through its rounded characters and strong diagonal strokes. Gold, Black and White served as a restricted color palette that conveyed the elegance of the Bond settings and the 50th Anniversary events. Sir Roger Moore, Dame Judi Dench and comedian David Walliams lead the subsequent auctions, achieving a total of £1,641,350 that went to benefit UNICEF and 11 additional charities. Sister exhibitions were organized by EON and the Barbican Center afterwards, later touring through Canada, China, Australia, Russia, The Netherlands, Spain, Mexico, France and the Emirates. 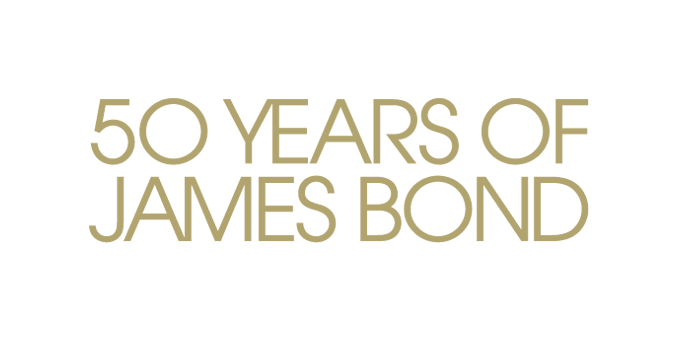 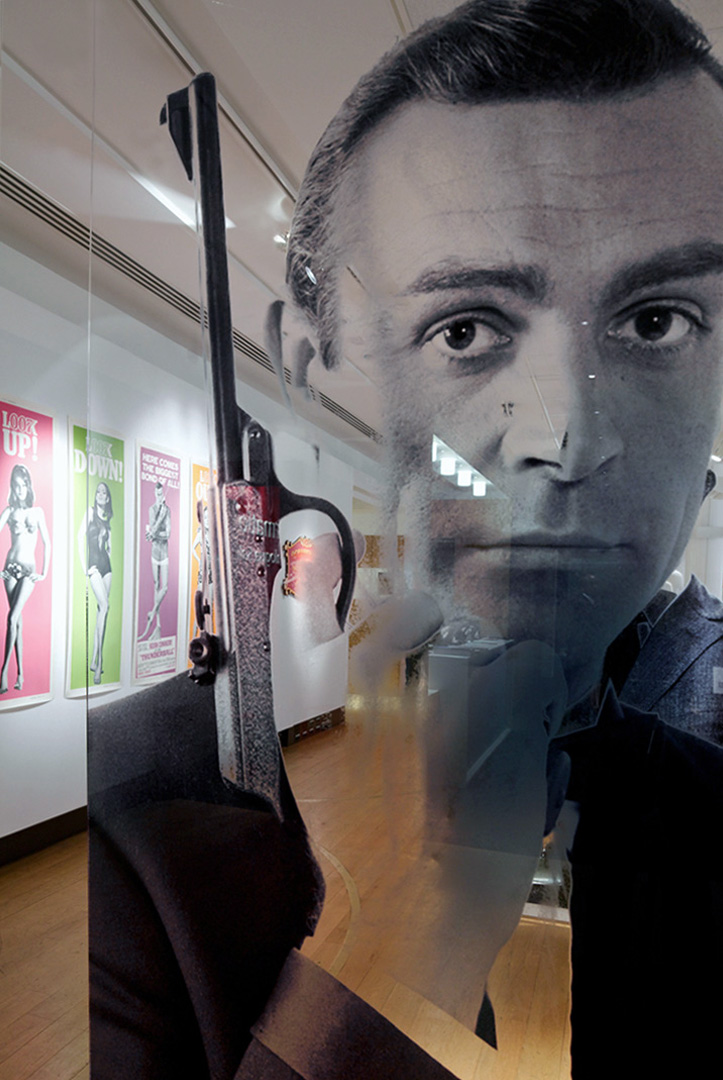 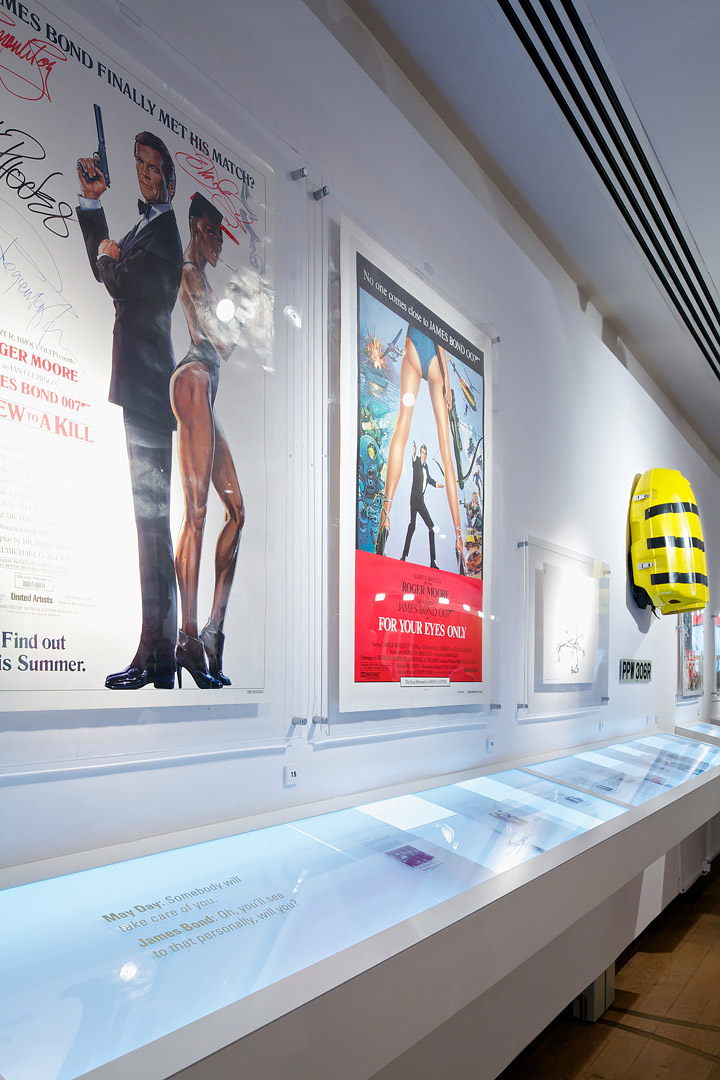 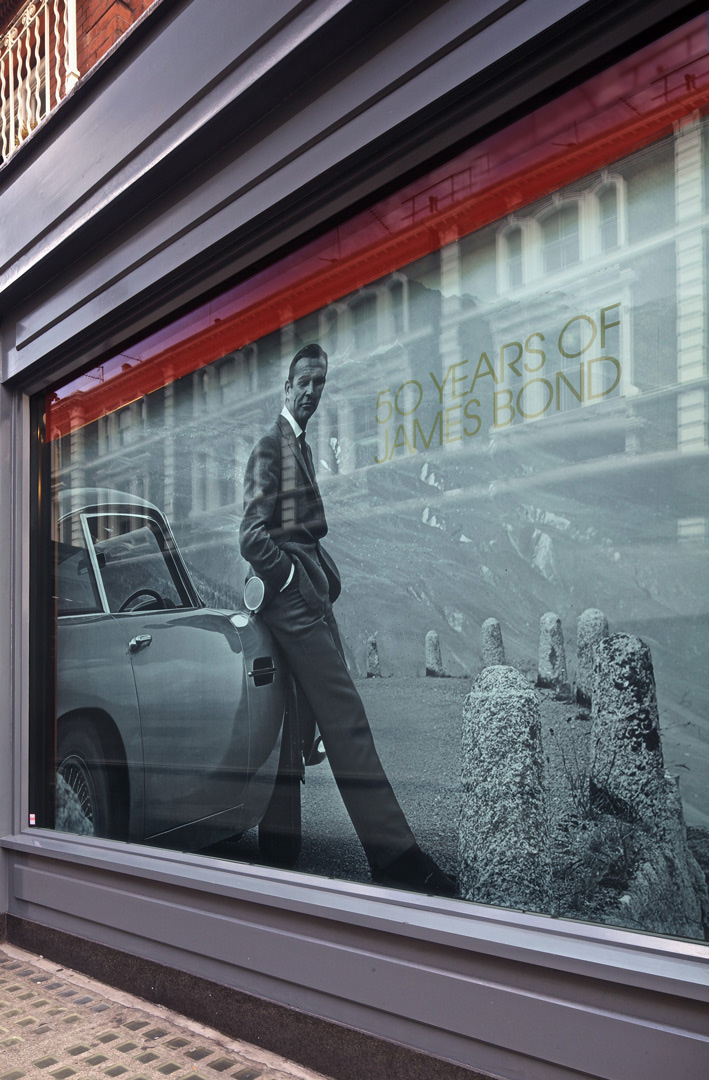 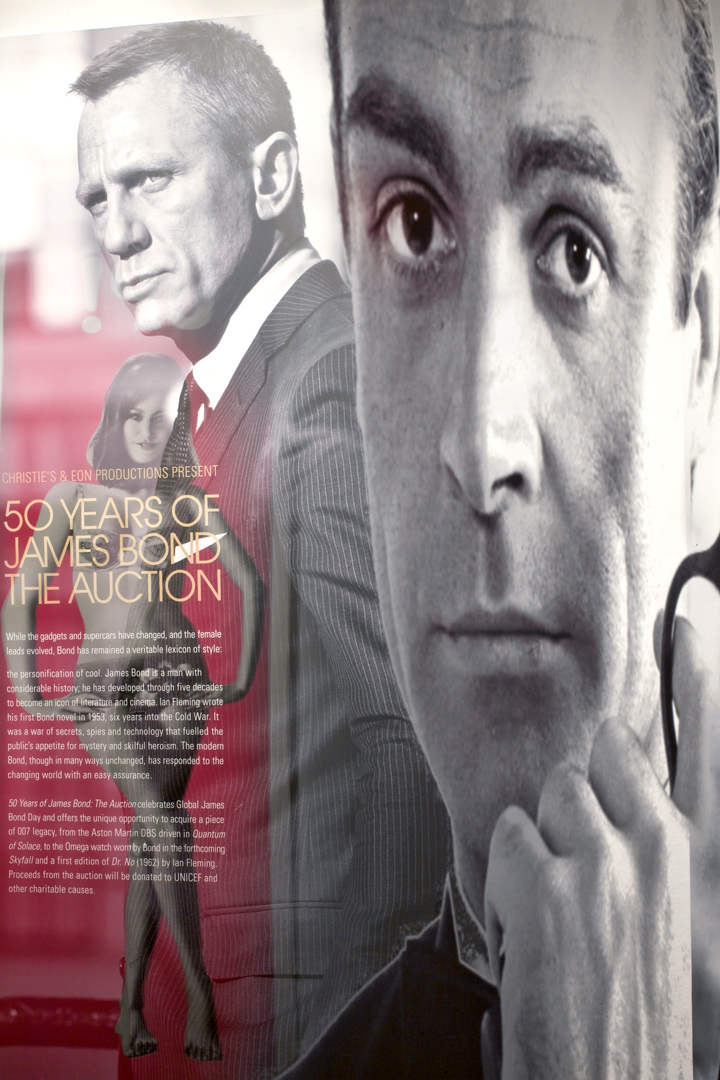 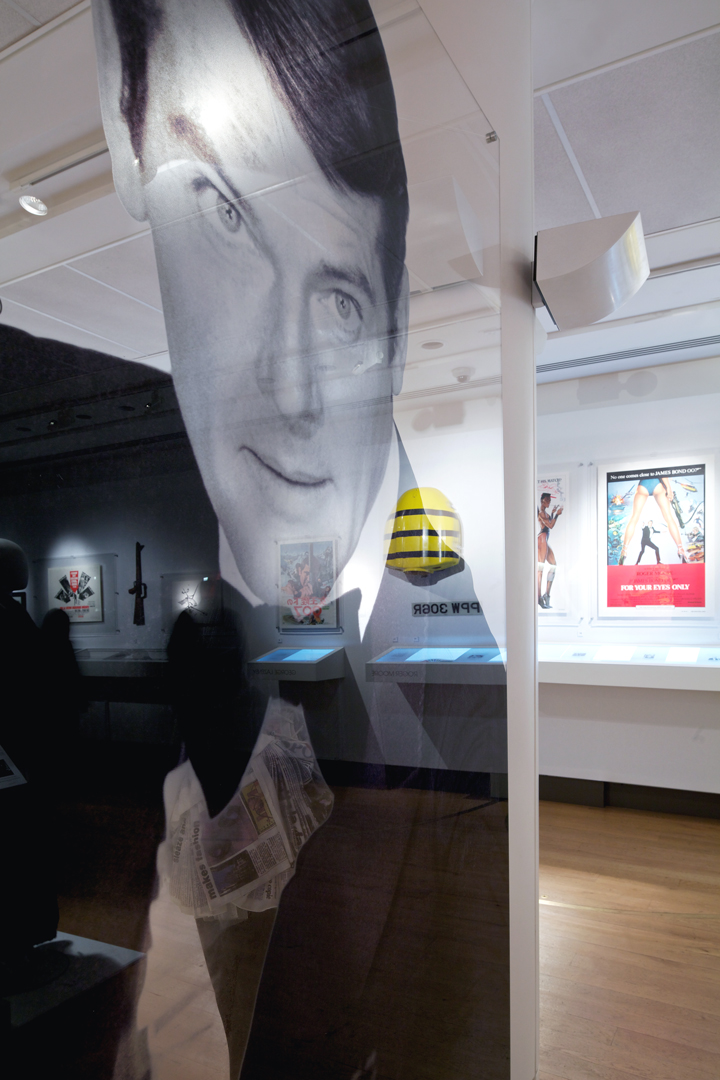 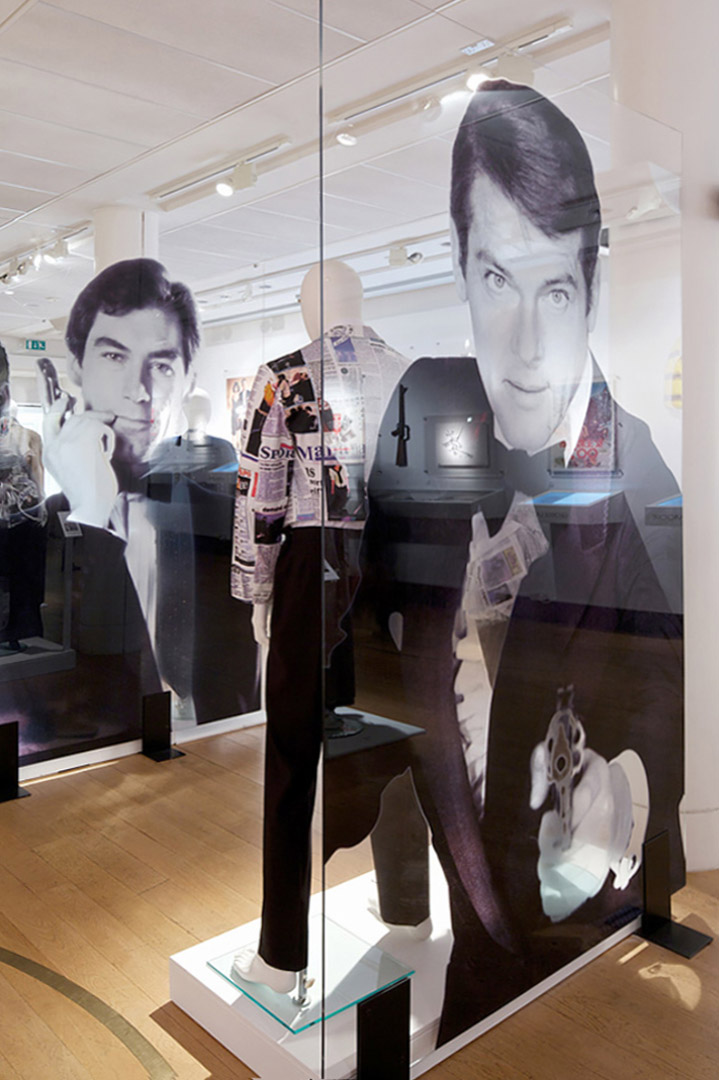 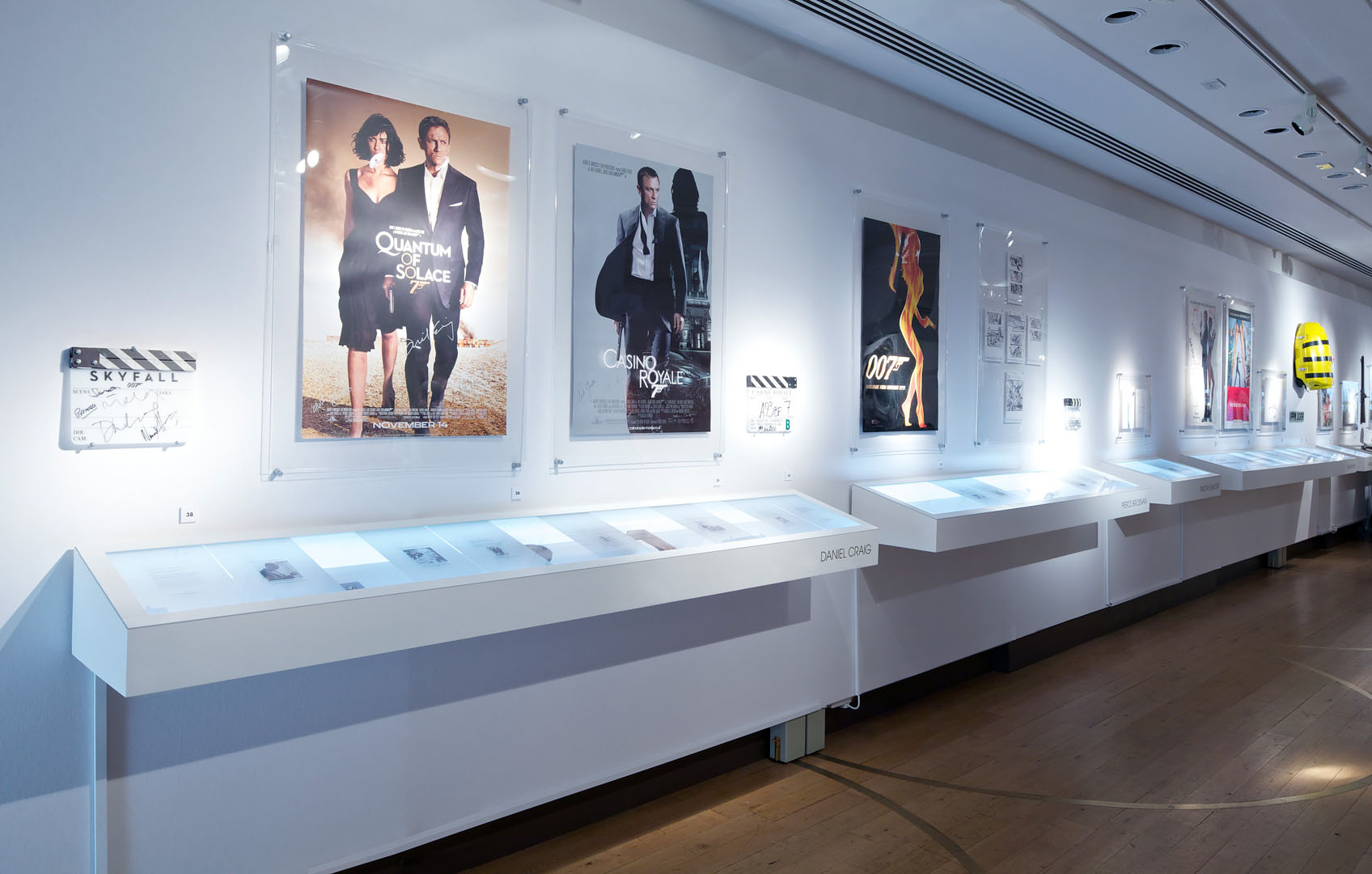 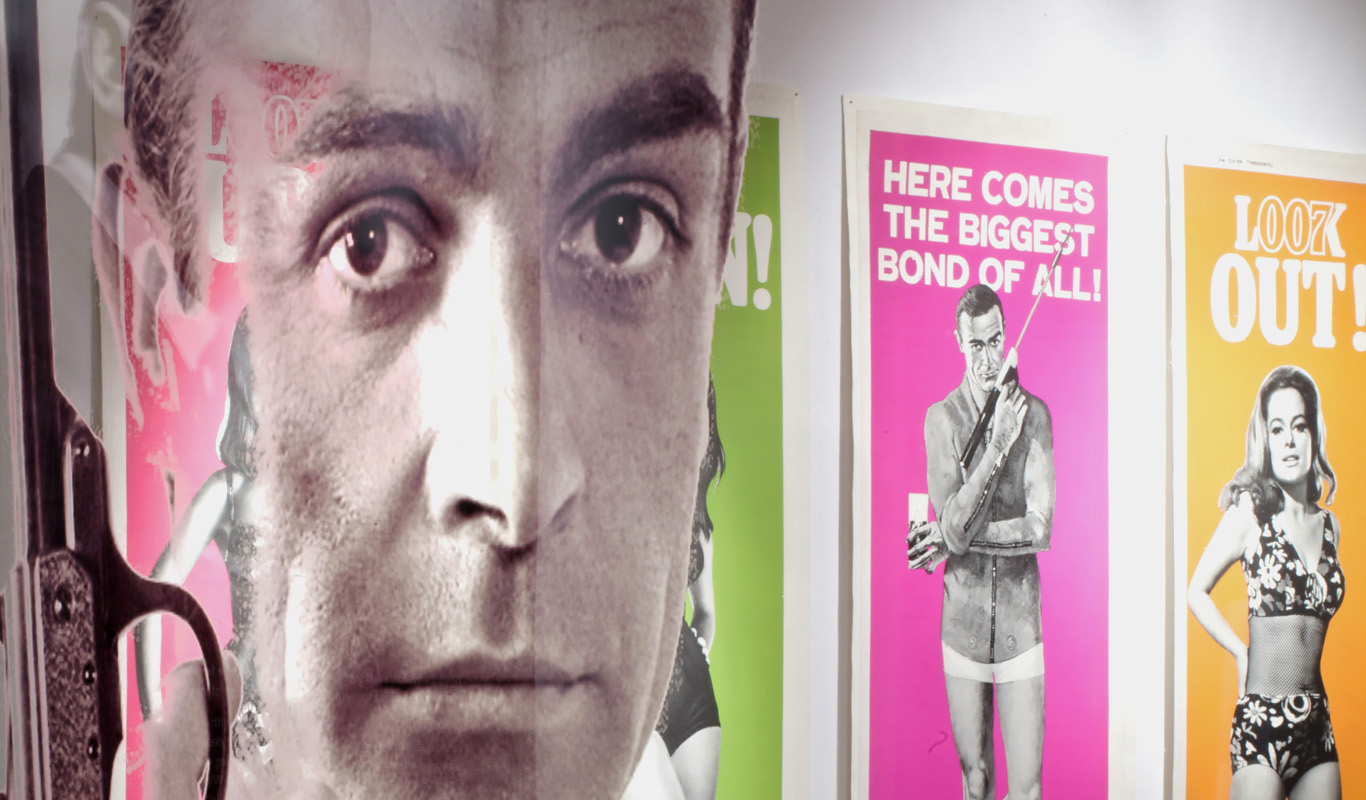 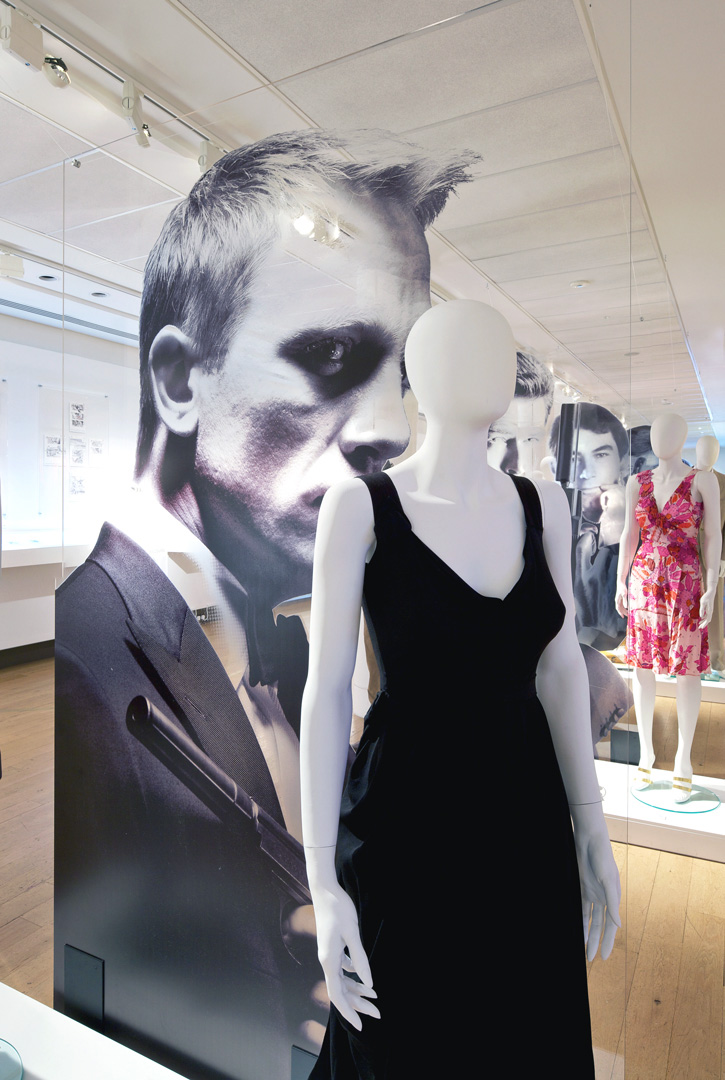 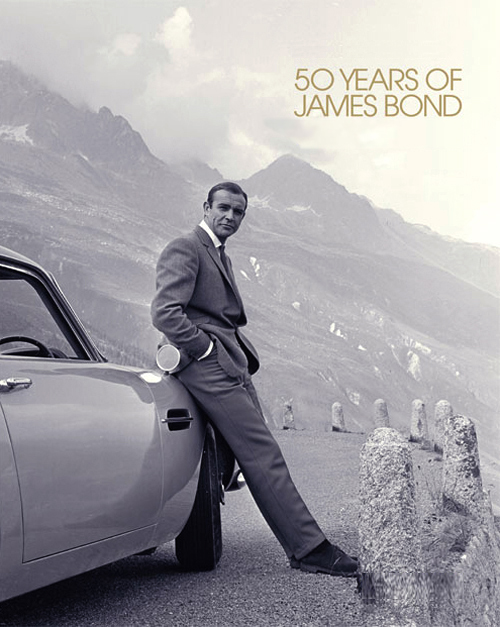 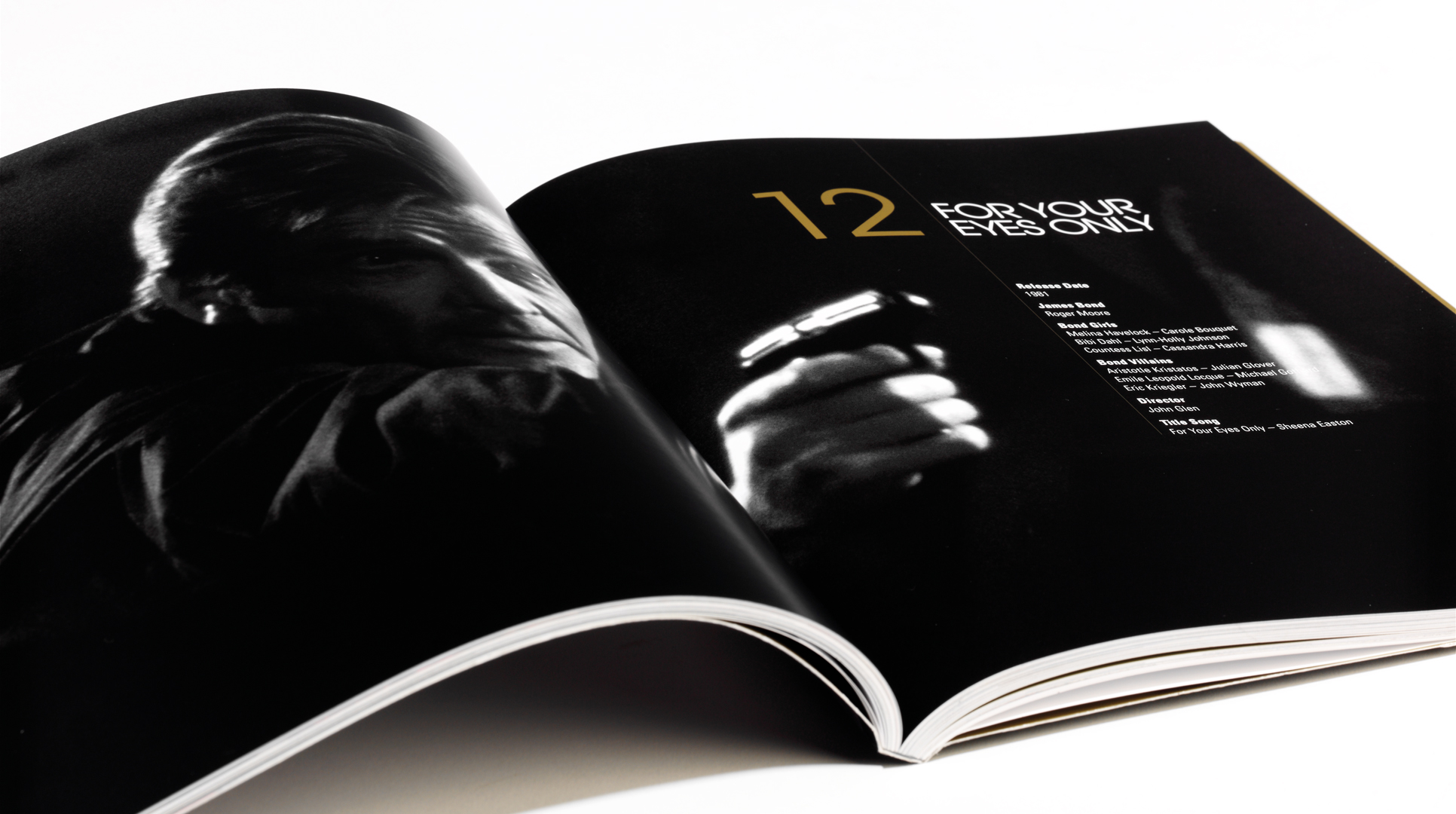 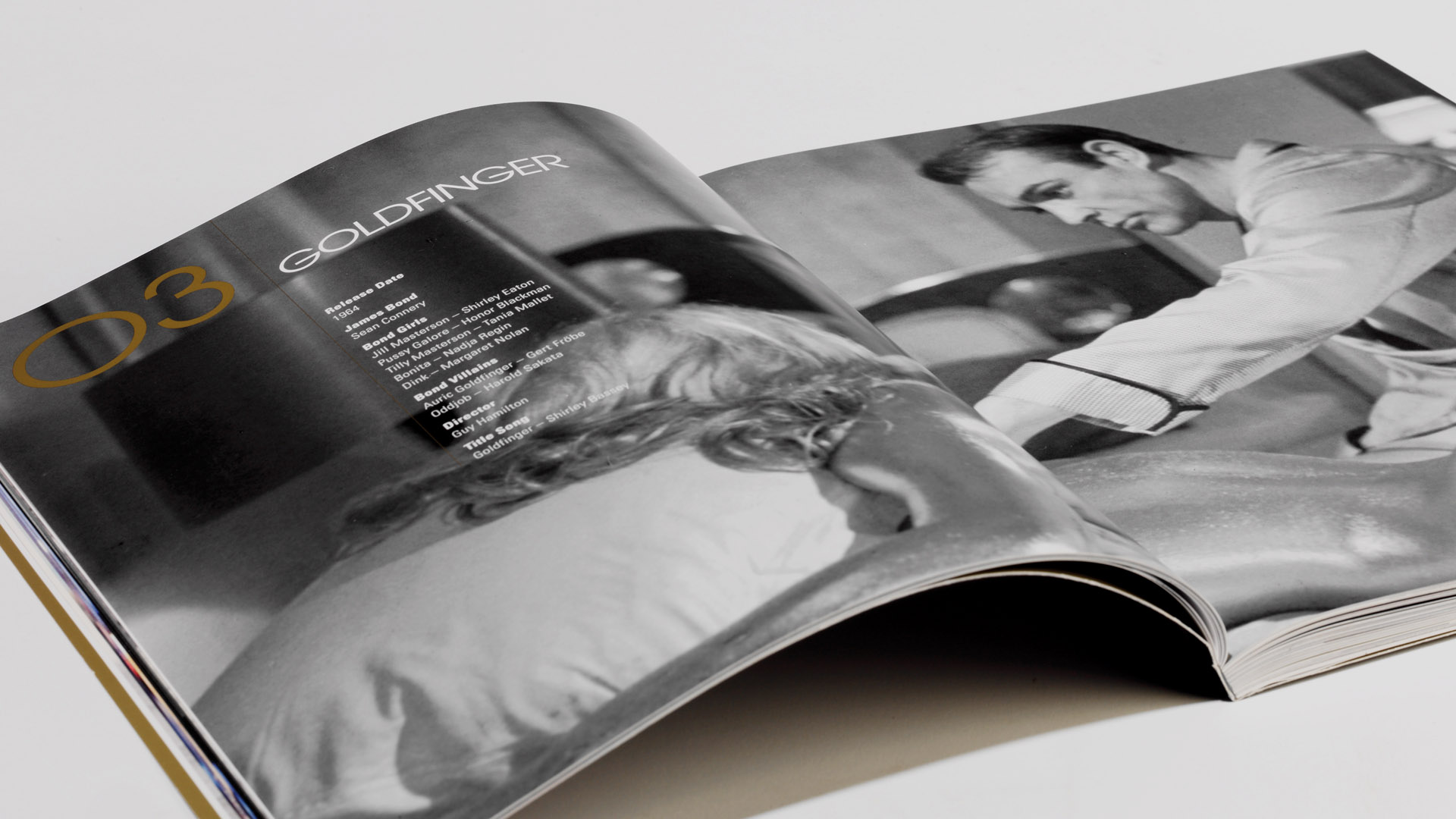 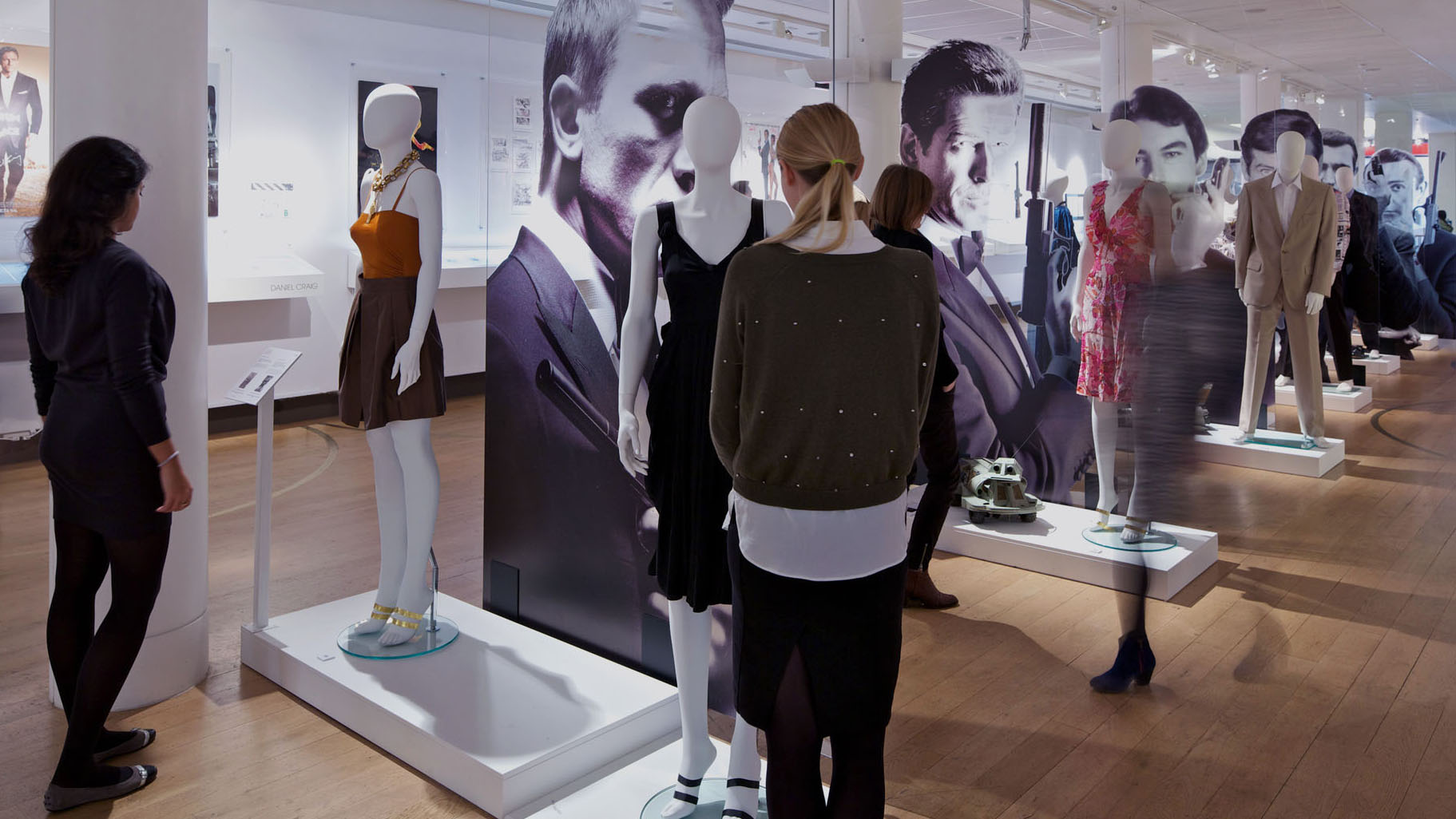