Welcoming a new Asian audience to Christie’s, the first auction in mainland China and its integrated campaign of over one hundred unique elements, introduced our tradition of expertise and excellence in art. Corporate colors and Chinese calligraphy were leveraged as tools to underpin this brand positioning effort.

Welcoming a new Asian audience, Christie’s became the first auction house to establish an fully independent base and saleroom in mainland China. A significant legal, diplomatic and cultural challenge, this achievement marked a landmark moment in the 250-year history of the auction house. A creative campaign and exhibition were conceived to celebrate the opening in Shanghai, culminating in a three-day gala which included diverse client events and lectures, as well as an auction where modern and contemporary art, jewels, watches and wine were included. The global campaign was comprised of more than 130 elements spanning complex editorial, exhibition, printed collateral and digital design implementations. A Chinese translation of the company name was presented as a bold calligraphic signifier and consequently used as the core design element that ran throughout the campaign.Originally drafted by a Chinese master calligrapher and presented along a similar name implementation presented in the form of a traditional seal, these graphic elements served to honor China’s significant artistic contributions. Red and gold, at once Christie’s corporate colors and national symbols of good luck in China, shaped the celebratory tone of this campaign, resulting in a design proposition that communicated through vibrant yet sober elements, the artistic expertise and deep historical legacy of the auction house. The campaign benefited from a remarkable level of artist and client engagement, as well as international press coverage. Cai Guo-Qiang’s live creation of Homeland opened the first auction season at Christie’s Shanghai and led exhibitions that witnessed the attendance of more than 5000 guests. 98% of the artworks introduced during this first exhibition in Shanghai were sold, marking the successful closure of this brand positioning effort and opening the door for the expansion of Christie’s cultural engagement in mainland China.‍ 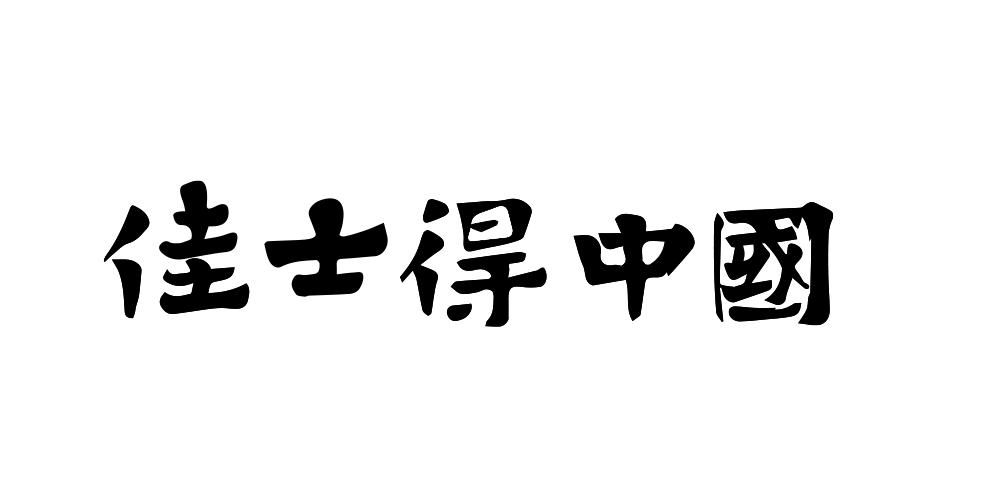 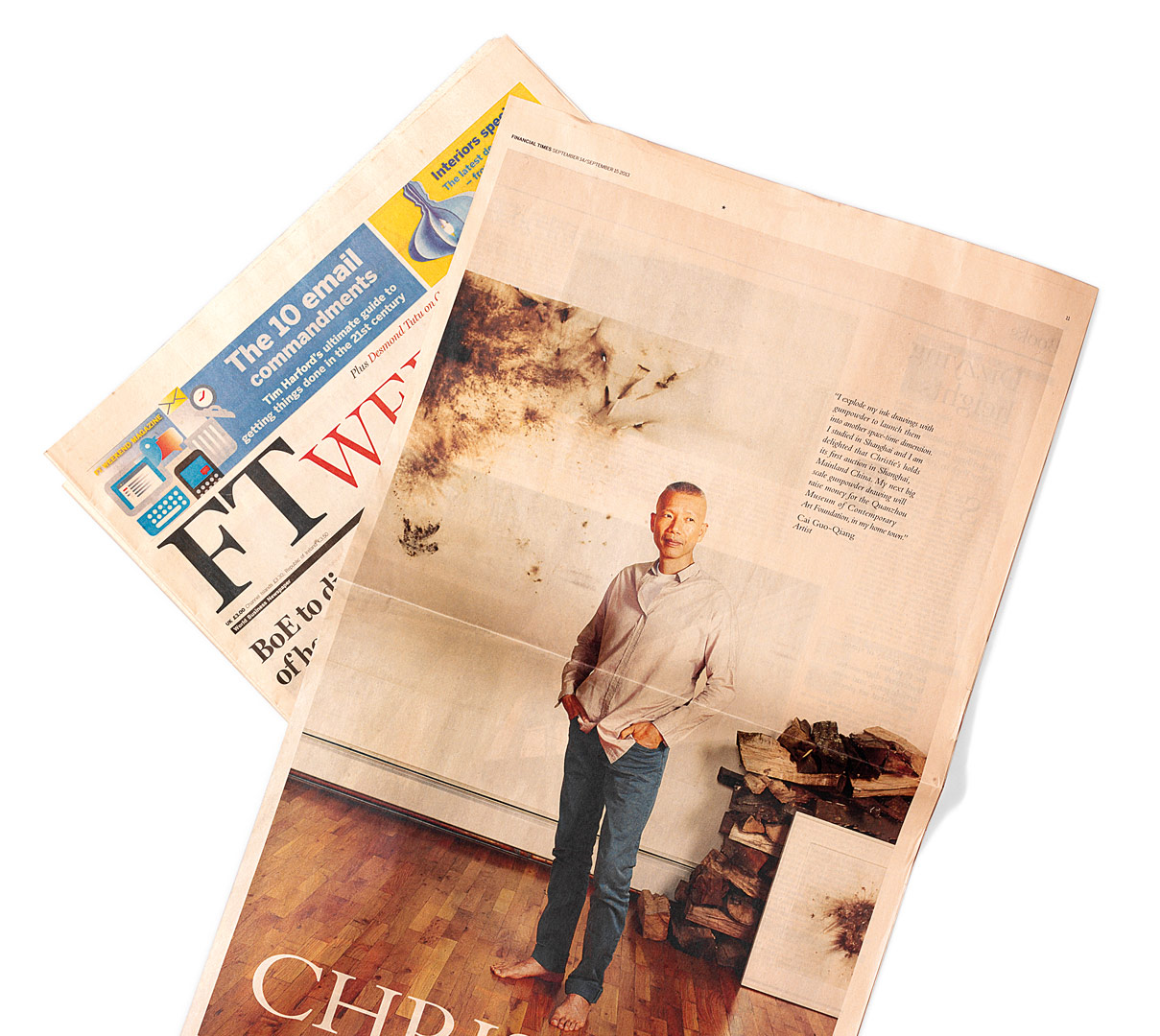 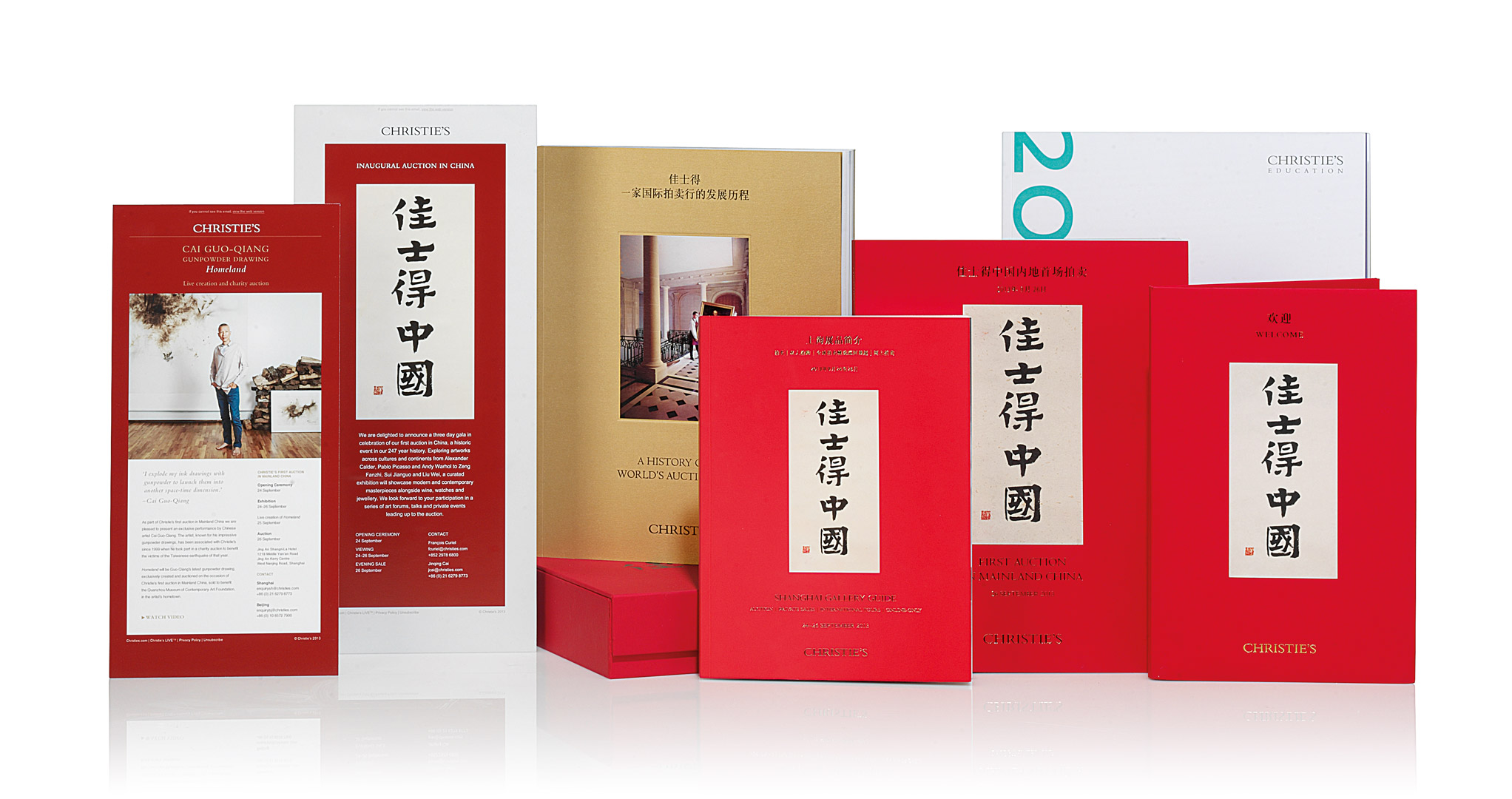 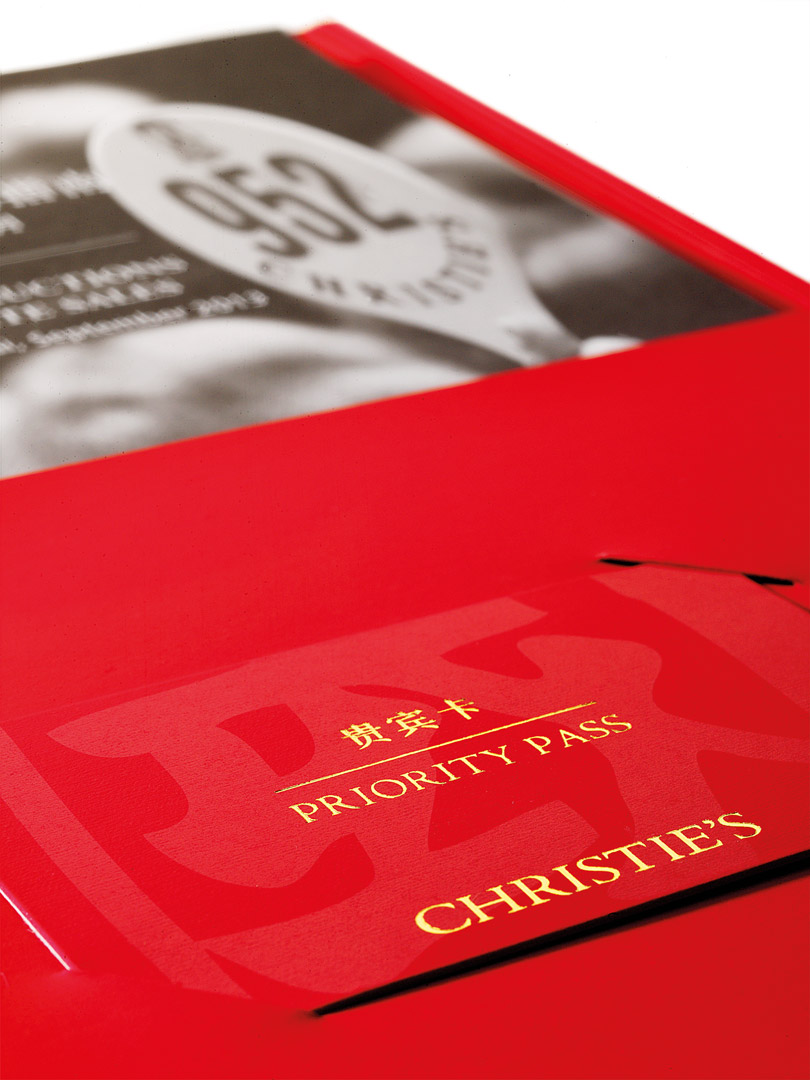 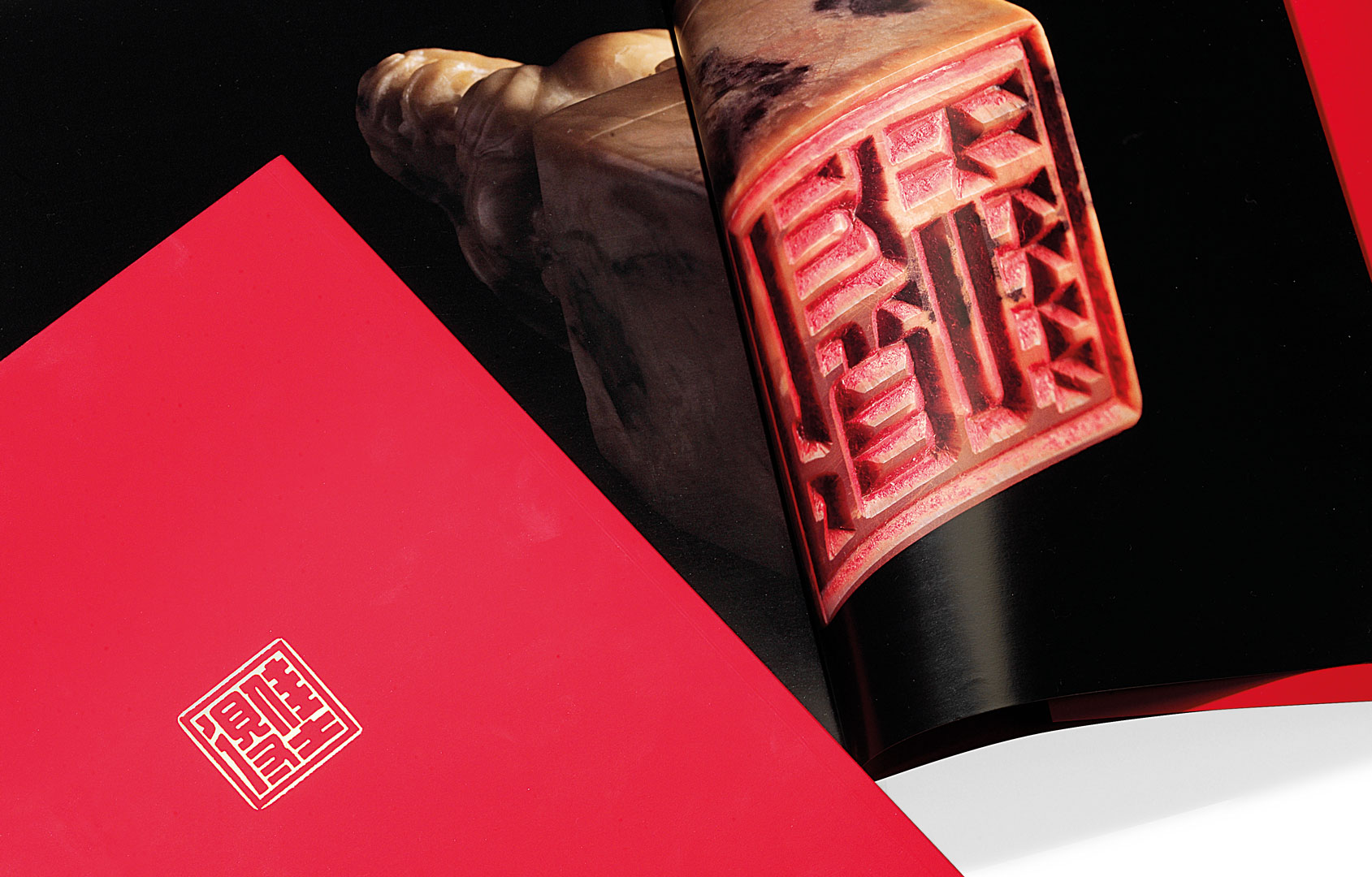 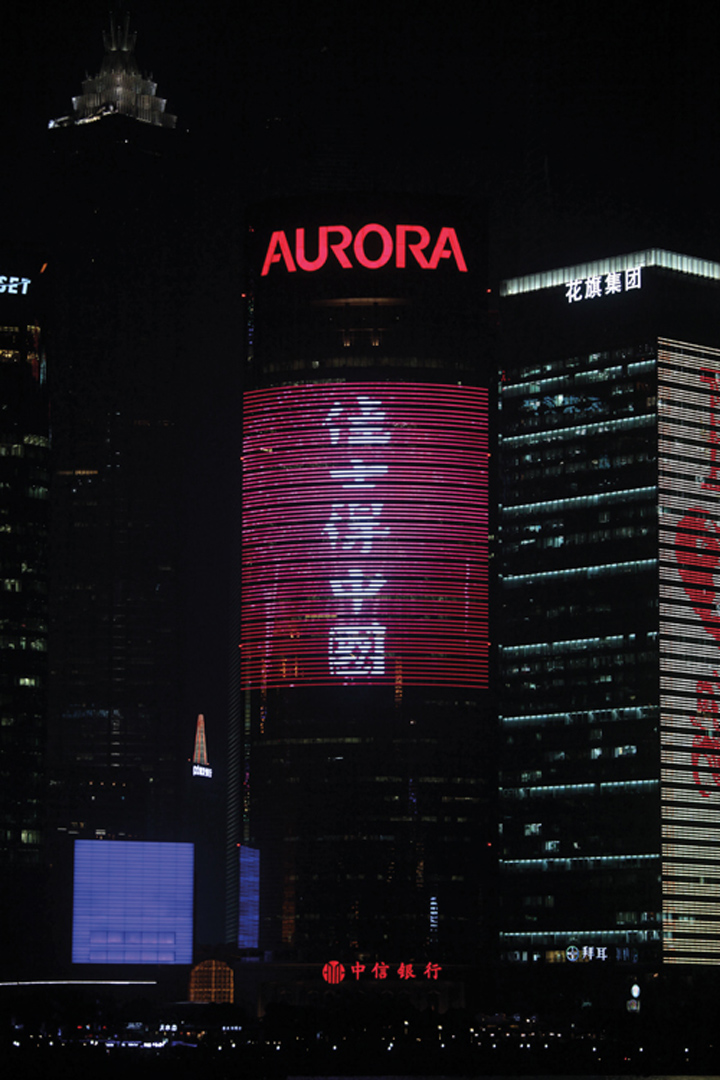 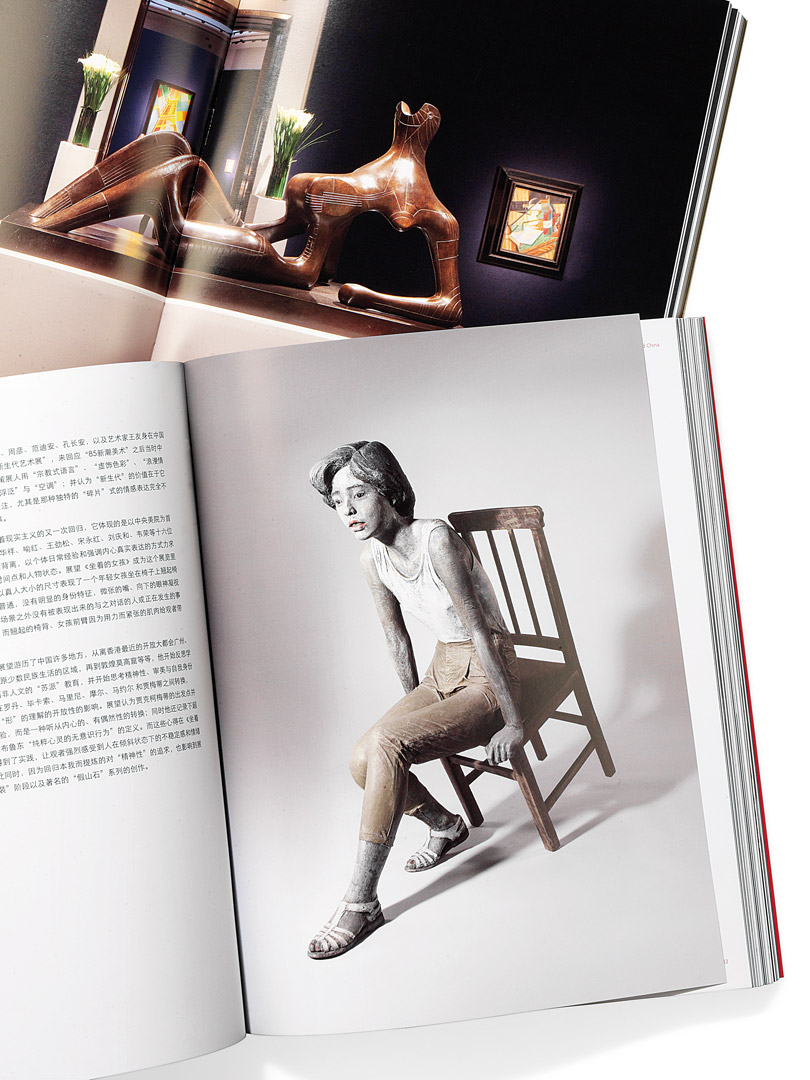 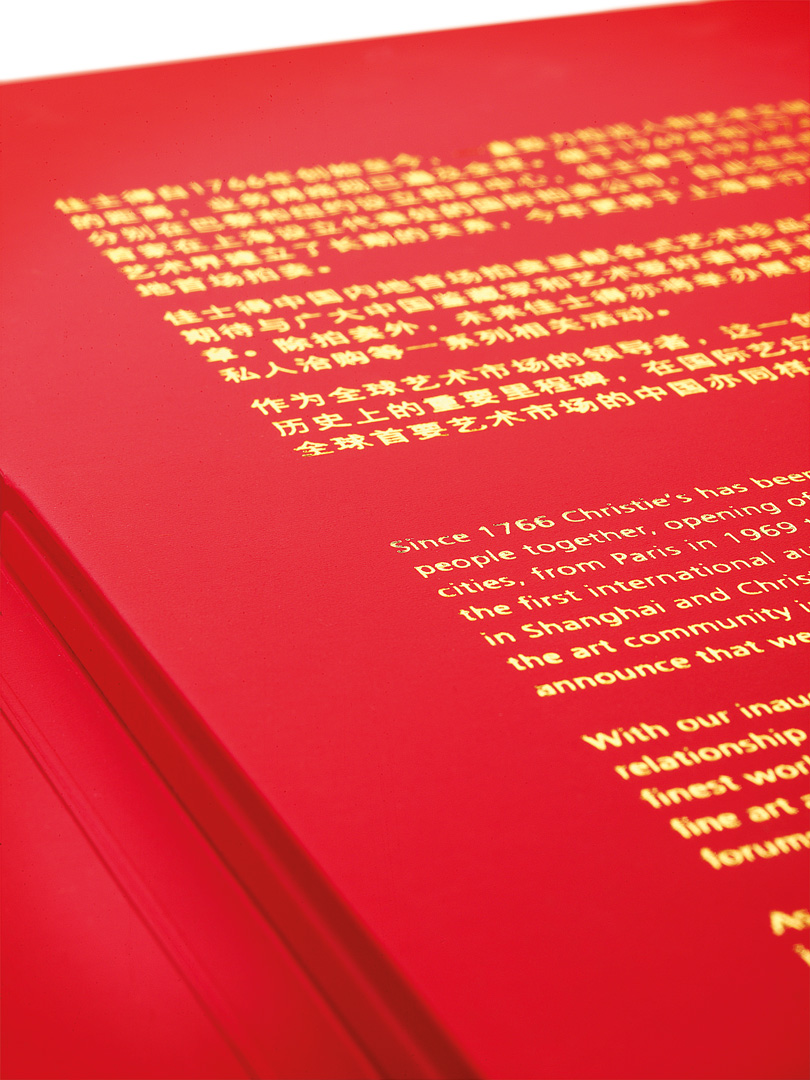 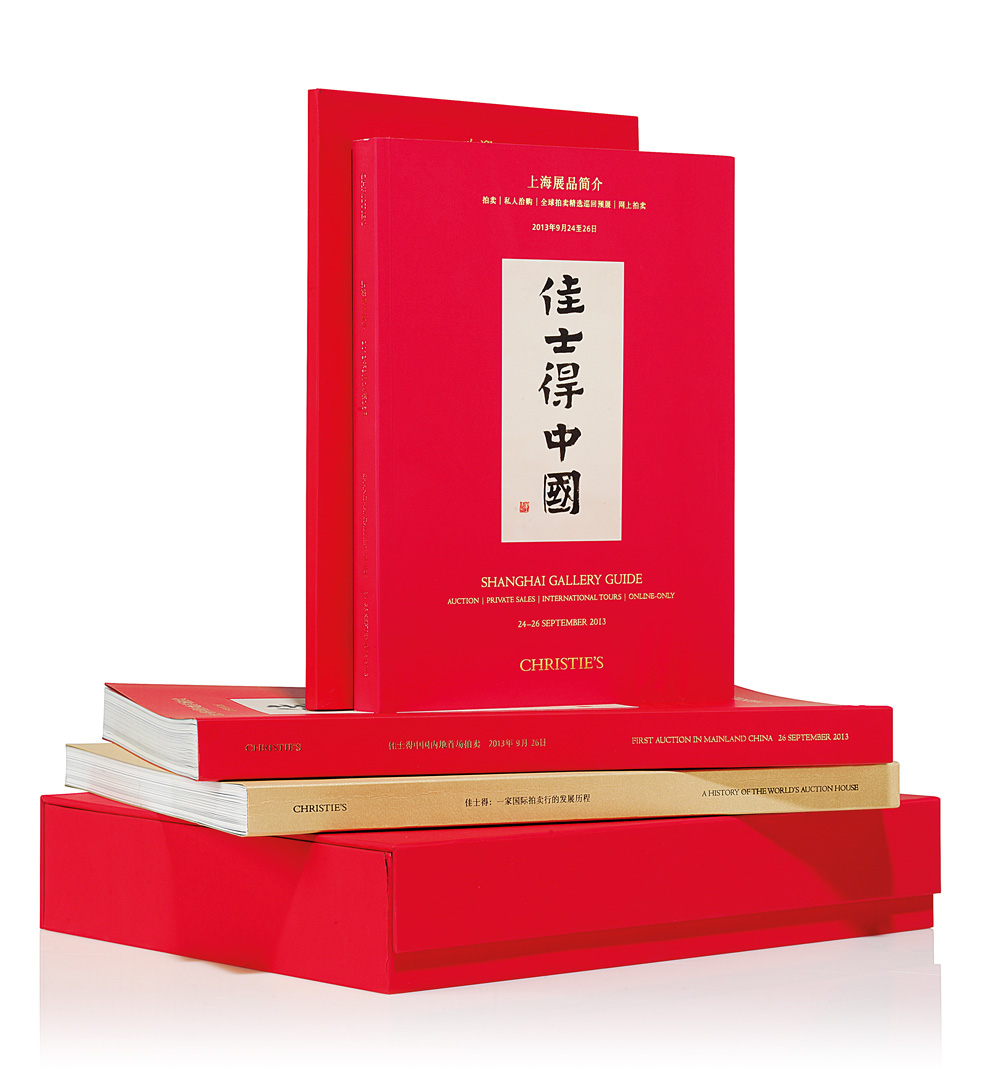 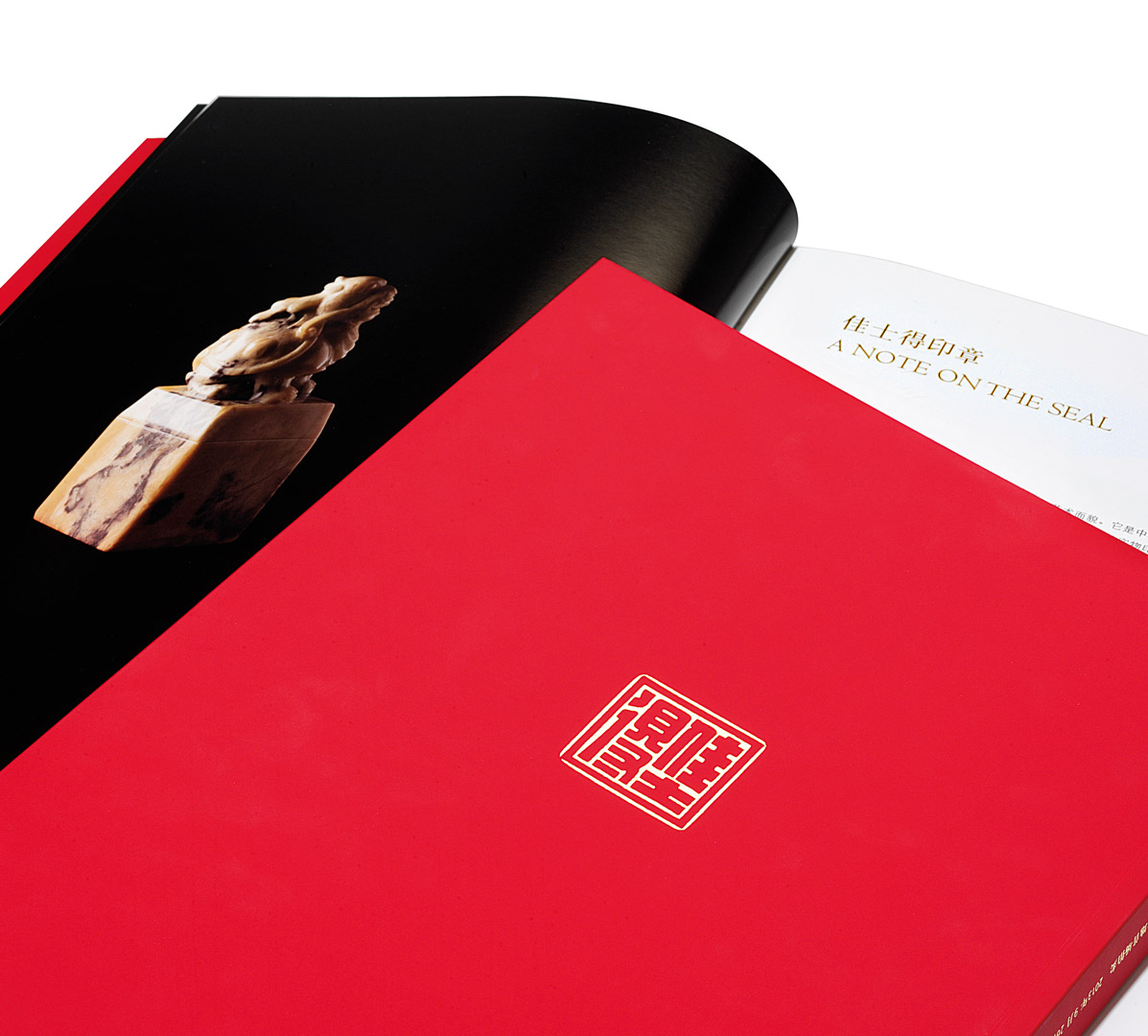 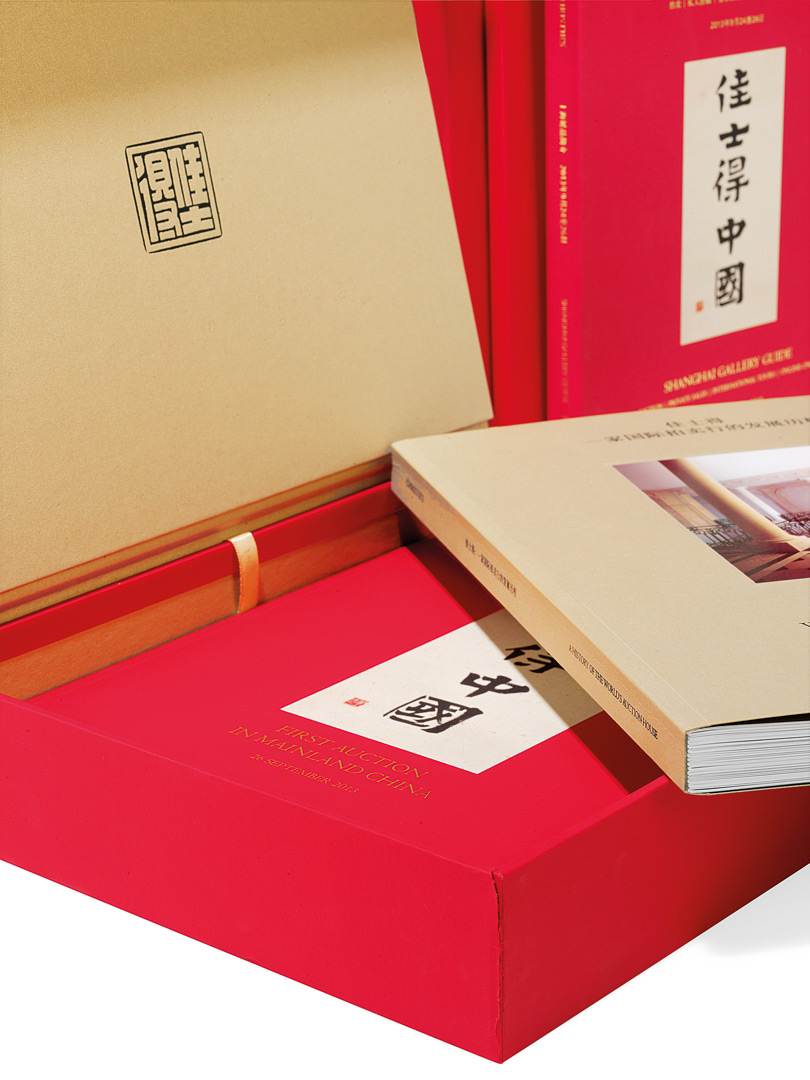